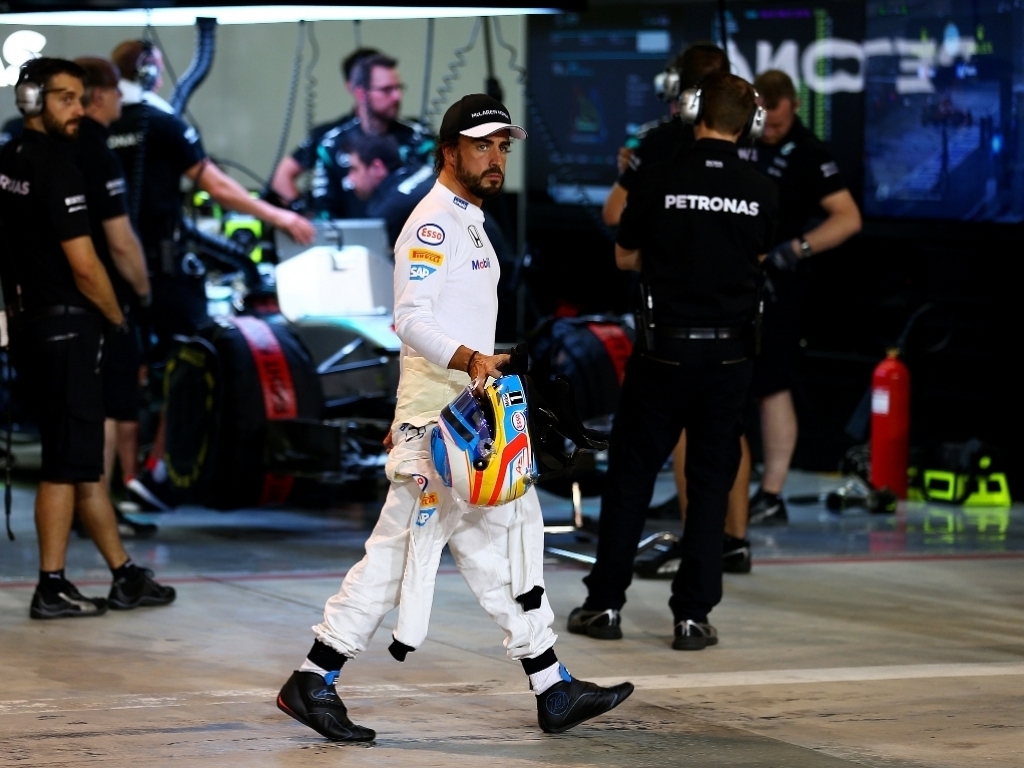 Fernando Alonso broke McLaren's Q2 drought in Bahrain on Saturday, but he immediately called for an examination into the reliability problems that have dogged Jenson Button.

The double World Champion finally gave McLaren-Honda something to smile about during qualifying at the Sakhir circuit as he made it into Q2 for the first time this season.

However, there were plenty of unhappy faces on the other side of the garage as Button failed to take part in qualifying as he suffered an electrical problem at the start of Q1.

It was the third time that the 2009 World Champion had a problem this weekend and Alonso wants the team to get to the bottom of the issue.

"Definitely this is a concern at the moment," he is quoted as saying by Autosport. "Reliability is not good enough and we know we need to improve.

"The main priority is to finish the race with both cars – because the more laps we do, the more things we learn.

"We need to go very deep in the investigation of Jenson's car because there have been too many problems this weekend and it is not good.

"It is the way it is. We are not happy with the situation but we are facing reliability problems and performance problems – there are too many things.

"We need to learn to walk before we run and we are in that phase now."

Alonso will start P14 on Sunday and he will hope to mix it with the midfield teams for the rest of the afternoon.

"It is important," the Spaniard said. "It is not a dream come true going into Q2, especially for us because we have higher expectations than going to Q2.

"We knew we were going in the right direction with car performance, but to always go out in Q1 makes some doubts.

"So for the team motivation, for the engineers and mechanics – they were yesterday working until 5am on the car – to have confirmation we are going in the right direction was important and we needed it."