Home Uncategorized Alonso: We did everything to perfection 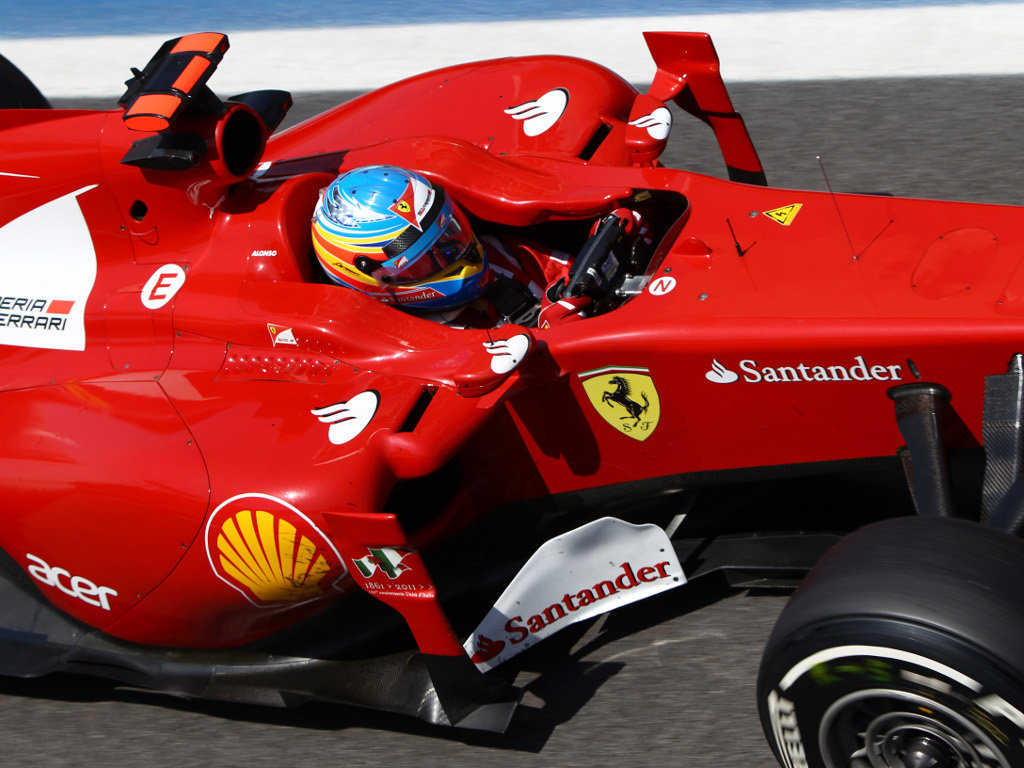 Fernando Alonso is adamant Ferrari did everything right in Brazil, the car just didn’t have the pace to take him to the podium…

Fernando Alonso is adamant Ferrari did everything right in Brazil, the car just didn’t have the pace to take him to the podium.

Alonso started Sunday’s season-ending race fifth on the grid but was quickly up to fourth. From there he pulled a great overtaking move on Jenson Button to spend much of the grand prix racing towards a podium finish.

However, his final stop saw the Spaniard switch to the medium compound Pirelli tyres, which cost him valuable tenths and ultimately third place as Button swooped by to take complete the podium behind the Red Bulls.

“Yet another race in which we did everything to perfection, from the start to the strategy and the work of the team,” said Alonso.

“The final result is more down to the performance of the others than our own, because we could not have done more.

“Once again, we got a very good start, putting a nice passing move on Button, but then, on the medium tyres, we no longer had the speed to fend him off.

“I also had a problem with the DRS which would not activate: I was not fighting closely with other drivers, but it would certainly have helped me gain a few tenths while overtaking.

“This grand prix produced an accurate reflection of the season: we have almost always done our maximum, fighting for a podium finish in a car that was not as good as the top two.”

The Ferrari driver, though, is adamant that his team learnt some vital lessons through their 2011 hardships, which included just one race victory for the Spaniard.

“In terms of team work we grew a lot in 2011 and we must absolutely make this the starting point for a very different 2012. If I had to score our performance, I can but repeat what president di Montezemolo said, giving us something between a five and six, but all the same I am proud of what the team was able to do.

“We need a car that is about five or six tenths quicker: achieving that won’t be a walk in the park, but I have every confidence in our engineers and in a team that dominated the last decade in Formula 1 and holds every possible record in this sport.

“Let us not forget that I managed to get on the podium 10 times and to score more points than last year.

Mark Webber’s victory in Brazil also meant that Alonso fell to fourth in the Drivers’ Championship, one point behind the Red Bull racer.

“Losing out on third in the Drivers’ Championship is definitely not a big problem: first place is the only one that really counts.”