Home Uncategorized Alonso: We have to take risks 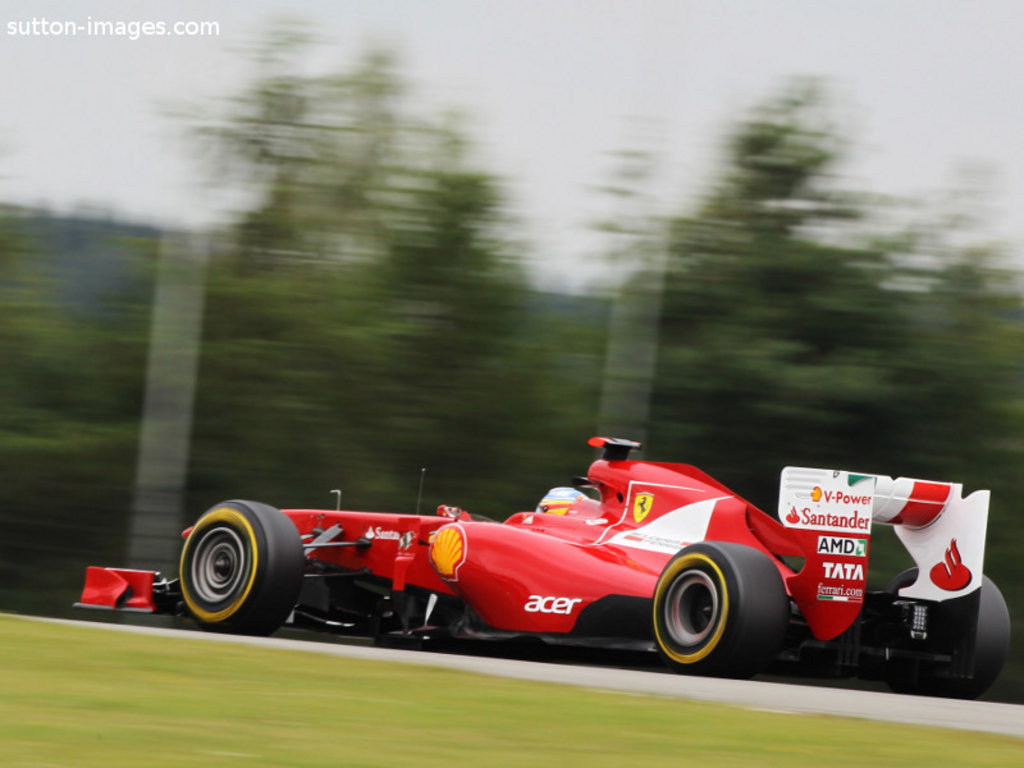 Fernando Alonso insists that Ferrari are going to have to take an ‘all or nothing’ approach to Saturday’s German GP qualifying.

Alonso is on a high following his win at Silverstone last time out and the Spaniard is determined to cut the gap to Championship leader Sebastain Vettel even further.

The Ferrari driver was first and then second quickest in the day’s two practice sessions, suggesting that the Italian team have the pace to do well this weekend. However, Alonso believes they will have to take risks to achieve the right results.

“It means to be aggressive on the strategy, and don’t be too safe in terms of response to different strategies compared to the others,” he explained.

“It means to look at the usage of new tyres in Q1 and Q2. In Q1 maybe we need to save tyres to try to be on pole position in Q3 – to have more sets available there.

“And maybe [that means] one day, because you want to go through Q1 with a hard tyre, you are out of Q1. But that is the risk we can take. We know that maybe one day we are 18th and out of Q1, and it is because we took a risk.

“It also means at the start, no problem to risk, as we have nothing to lose. So if we do a good start and get to the first corner we try to overtake everybody and this is our approach.”

But it is not just Ferrari that need to improve if Vettel is to be overhauled, with Alonso admitting he needs the McLaren drivers to take points off the German.

“To beat Vettel in the Championship we need a combination of things – it is not only Ferrari or me that can beat Vettel. We need the best possible combination of results for ourselves; we need a very strong McLaren car as well to take points from Red Bull. We need to be like six or seven team-mates against Vettel, which is not easy to achieve,” he said.

The 29-year-old is hopeful that Sunday’s race is a dry one as he feels that a wet track does not suit the team.

“I think compared to our main competitors we have more difficulties to warm up the tyres and we have better degradation,” he said.

“One thing in our favour is the degradation in a long stint on the tyres. From the middle of the stint to the end we are much quicker, but for the first five or six laps we are much slower.

“So in case of wet conditions, you never get to very high temperatures and this better degradation is much less visible. We saw similar warm up problems, and this is what we feel, what we felt in the championship, but also what we confirmed at Silverstone,” Alonso added.

Friday’s shots from the Nurburgring