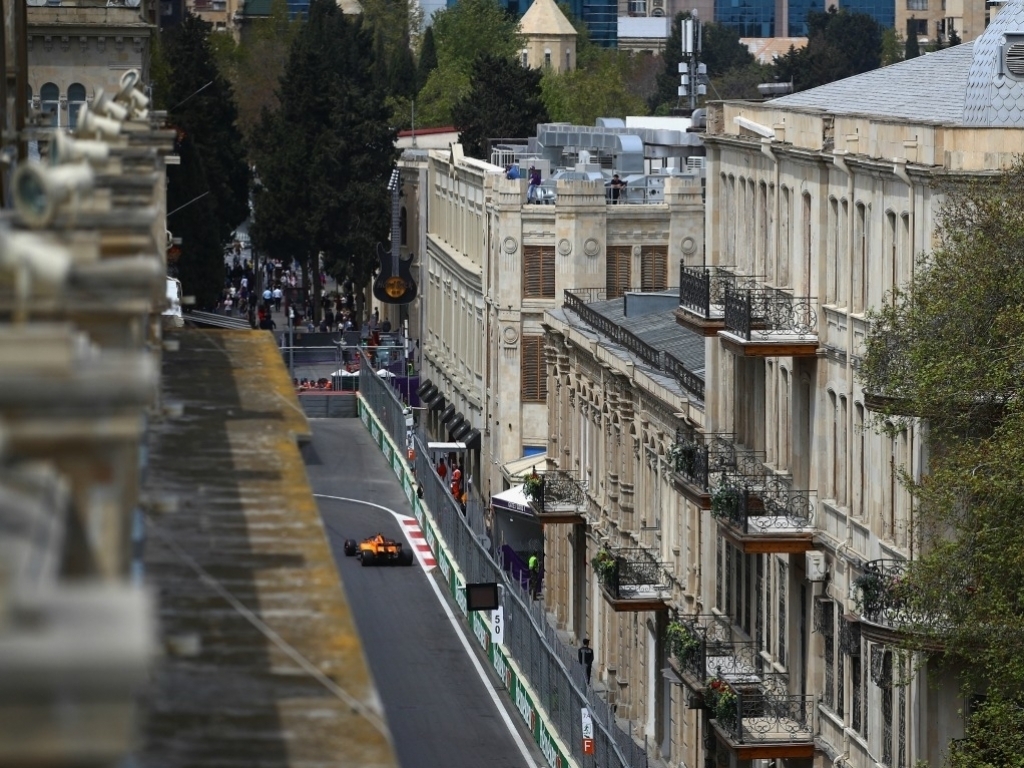 Fernando Alonso felt "comfortable" in Baku after the first two practice sessions and thinks the updates brought to Azerbaijan have resulted in more power than usual.

The Spaniard was P7 in the first practice session but improved to P6 in FP2, just within a second of the outright leader Daniel Ricciardo.

“Ours was a comfortable car to drive today," Alonso said.

"That’s always important on a street circuit, where you have to attack the corners and feel confident in the car.

"We had a car that performed well in all three sectors, each of which is fairly unique.

“This weekend’s updates were introduced in order to help deal with the circuit’s characteristics, and they seem to be working as we expected.

"It feels like we’ve found a little bit of speed compared to the last few races, so I’m fairly happy, as we weren’t compromised in either the corners or the slow speed sector."

On his qualifying simulation lap, Alonso admitted that he did get a little fortunate by getting a nice tow from a Renault down the long, long straight.

He added: “I was also a little lucky on my fast lap, running behind Nico [Hulkenberg] as he began his quick-lap, so I gained a couple of tenths in the final sector.

“It’s going to be as tough as ever to make it into Q3 tomorrow, but this is actually one of those races where you don’t really know if starting ninth or 10th is actually better than starting 11th or 12th, and getting a free choice of fresh tyre.”