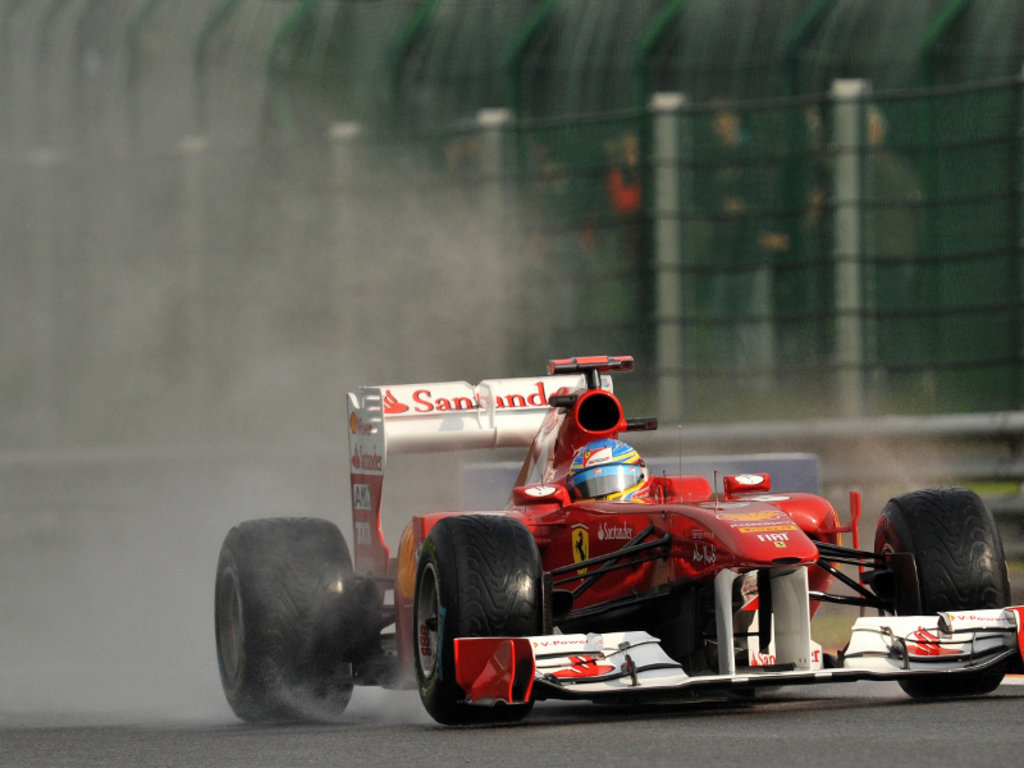 Fernando Alonso has once again urged Ferrari to take risks in the final stint of this year’s World Championship.

The Spaniard, who was fighting for the World title up until the final lap of last season’s finale, currently finds himself down in fourth place in the Drivers’ Championship, 89 points behind reigning World Champ Sebastian Vettel.

And Alonso reckons the only way Ferrari have any chance of beating the Red Bull driver to this year’s crown is to go all out.

“We didn’t program anything to be conservative at the beginning, or more aggressive now,” said Alonso.

“It’s just that the way things have worked out in the last couple of races, we’ve been lucky with strategies and they’ve worked out okay.

“With this year’s tyres and the degradation, you need a bit of luck with strategy because tyre behaviour is very unpredictable from lap to lap.

“With 70 to 80 pit stops in general for the whole grid, you catch people when they go into the pits or they’re coming out.

“There is nothing we can lose now if we take risks, like in the last race in Hungary where it was wet and dry, so you can take a bit more risk.

“In the past, if you want to fight for the Championship, normally you wait for someone to put on dry tyres when it’s wet, or vice versa.

“Now we can be the first because we’ve nothing to lose.”

But, however, Ferrari play it in the final eight races, Alonso admits his chances of success rest on him claiming maximum points at as many races as possible.

“Until the maths say otherwise, and if there is a possibility, then we will fight,” said Alonso.

“We’ve seen many times in Formula One strange things happen, and in two, three races with the new points system, anything could happen.

“So we will not give up at this point. We will try to win every race.

“With four or five races to go, if there is still a possibility we will try and go for it.

“At that stage, if it is not possible, then it will be time to give up, but not now with the amount of points still on the table.”