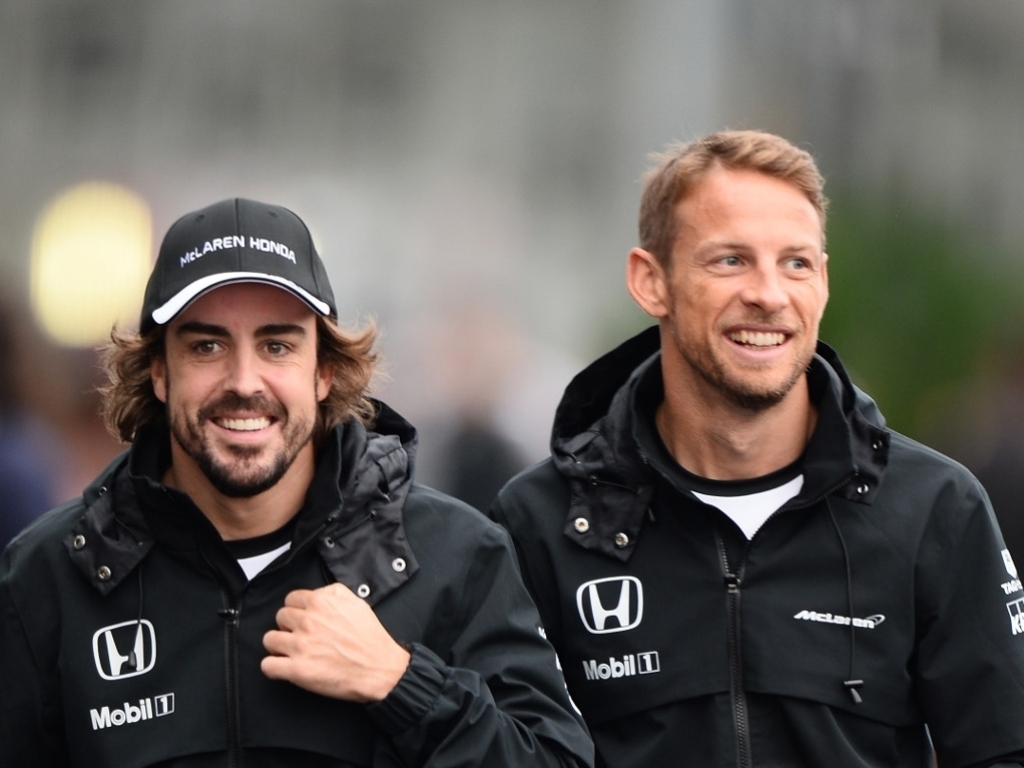 Fernando Alonso says he would welcome the inter-team rivalry that Mercedes are having to deal with as that would mean McLaren are fighting for prizes worth winning.

As this year's dominant team Mercedes once again had to deal with two squabbling drivers as Lewis Hamilton and Nico Rosberg fought for the World title.

The tension between the two was palpable, a sharp contrast to the relaxed relationship between Alonso and his McLaren team-mate Jenson Button.

The McLaren pairing were often seen speaking outside the garage while one of the best light-hearted moments of 2015 was their photo op on the Brazilian podium after dropping out of qualifying in the early stages.

Alonso, though, says he'd rather have the tension.

"There is always more stress when you are fighting for championships and wins within your team, as we have seen with some other teams who are having issues," the Spaniard told Sky Sports News HQ.

"But let's say it's a good stress to have when you are fighting for big things. I'm looking forward to working with Jenson next year and if there is a bit of tension then it would be welcome as well!"

Although this season has been a wretched one for McLaren-Honda, P9 being the team's worst result since 1980, Alonso is confident of a better showing next season.

The double World Champion said: "I am very positive about next year. We've been through very difficult times but we understand our problems and the solutions, at least on the theoretical side.

"Next year will definitely be a much better year and our intention is to fight for the championship or, minimum, fight for podiums. There is a huge potential we need to unlock."