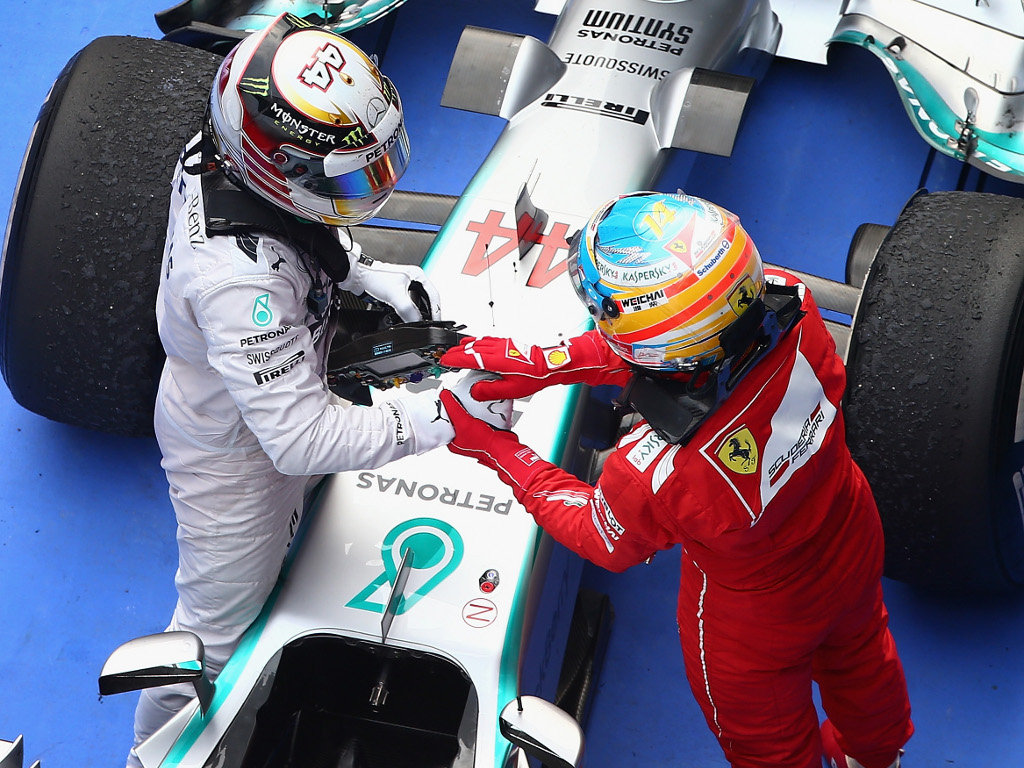 Fernando Alonso says it was a “nice surprise” to finish on the podium in Sunday’s Shanghai grand prix.

Such has been Ferrari’s trying start to this season and dismal pace in Bahrain that in the build-up to this weekend’s Chinese Grand Prix they parted ways with team boss Stefano Domenicali.

But whether that had any influence on the weekend’s race and result is up for debate.

What is fact is that Alonso qualified fifth and raced to third place, securing Ferrari’s first podium of the Championship.

The double World Champion overhauled the Red Bulls and put in several personal best lap times late in the race to hold off Daniel Ricciardo.

The Spaniard said: “It was a good weekend, we did improve the car a little bit so we were more competitive.

“Getting on the podium is a surprise, a nice surprise.

“Happy with the podium and I think I am third in the Drivers’ Championship behind Nico Rosberg and Lewis Hamilton.

“We didn’t have the start to the season we would have liked but we are in the fight.”

However, his grand prix almost came to an end on the opening lap when Alonso and former team-mate Felipe Massa smacked cars at the start.

The two cars appeared to bounce off each other such was the impact, which Alonso referred to as a “big one”

He added: “I asked on the radio can you check the car, it was okay and we were lucky to finish the race.

“Hopefully the next one will be a clean start.”