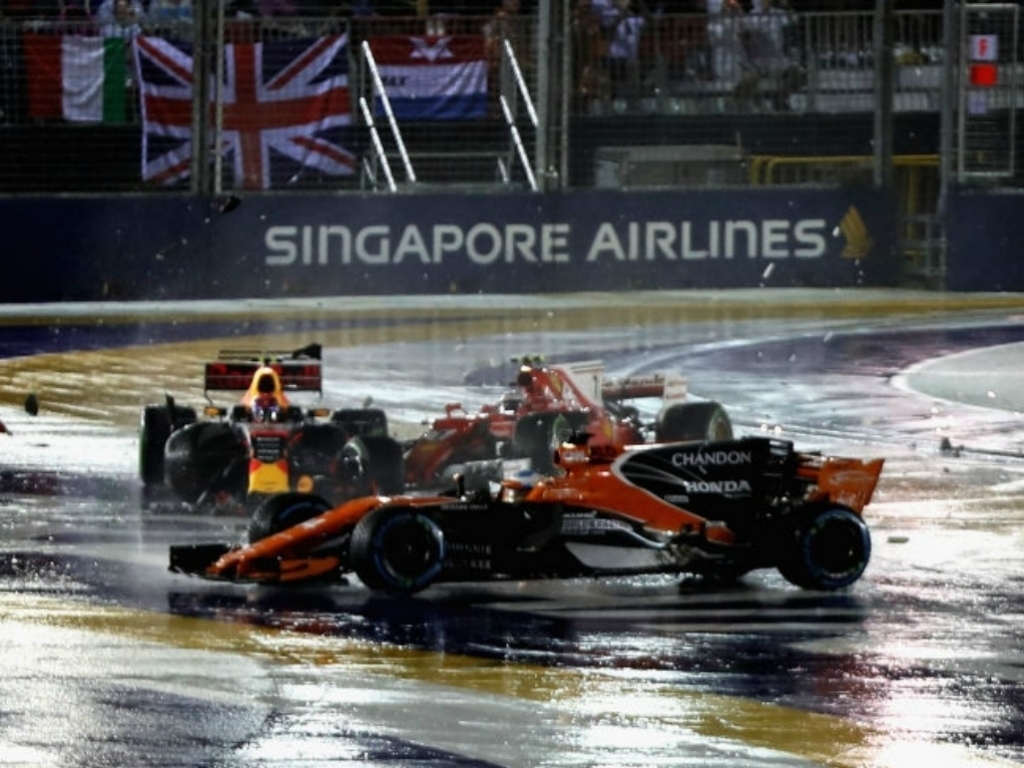 Fernando Alonso will be able to re-use the engine fitted for the Singapore Grand Prix after no terminal damage was found following the chaotic start.

Alonso got off to a flying start at the Marina Bay circuit before being an unfortunate victim of a second collision between Max Verstappen and Kimi Raikkonen at the first corner.

The Spaniard believed that incident cost him a podium or even a race win but, despite having to retire with heavily damaged car, his Honda engine was able to be salvaged.

“Regarding Fernando’s Singapore power unit, we were concerned that it may have been irreparably damaged, but fortunately after a thorough check back at the Sakura factory we can confirm it is okay to be re-used," said Honda F1 chief Yusuke Hasegawa ahead of the Malaysian Grand Prix.