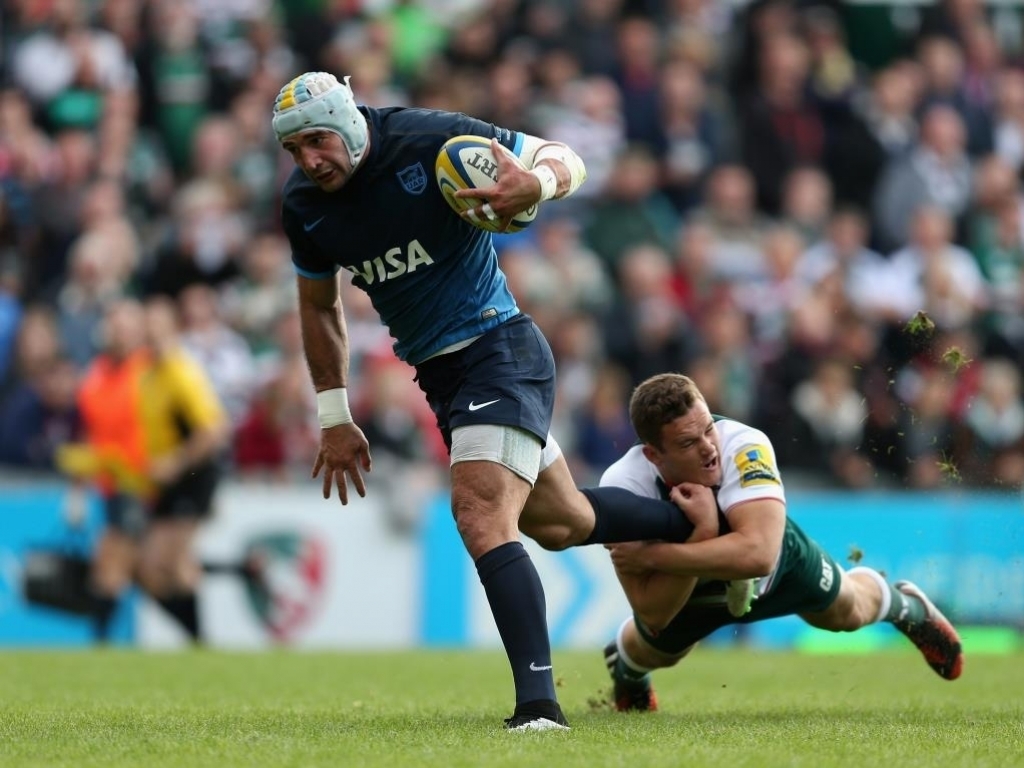 Argentina bounced back strongly after a spirited second-half comeback from Leicester to complete a 55-34 victory at Welford Road on Saturday.

As their last warm-up game before the start of the Rugby World Cup, the Pumas fielded close to a full strength team, and their international class was evident when wing Santiago Cordero scored down the right-hand side in only the sixth minute of the game.

The try was was converted by Nicolas Sanchez, but a few minutes later Argentina were penalised, allowing the Tigers to get back within four.

The visitors almost immediately started applying more pressure, however, and they soon grabbed their second try of the afternoon, dotted down by Marcelo Bosch and converted for a 14-3 lead.

Argentina would grab their third try in only the 20th minute, with some slick backline passing from right to left allowing Juan Imhoff to cross over.

The Tigers started putting more phases together and after coming close to scoring on two seperate occasions, Laurence Pearce was stopped just short of the line, allowing them to recycle and score through prop Riccardo Brugnara.

Late in the first half, a pass from Tommy Bell was expertly read by Sanchez, who intercepted and ran all the way to the tryline for the Pumas' fourth, handing them a 28-10 lead – though Leicester would grab a late penalty on the stroke of half-time.

The Pumas sent out an all-changed line-up out for the second half, with hooker Julian Montoya the only surviving starter.

Leicester stalwart Marcos Ayerza, meanwhile, emerged from the tunnel in a Tigers kit after playing the first half for the Pumas.

Argentina again started strongly, and it was Montoya who gave his side their fifth try in the 48th minute as they stretched their lead to 33-13.

Former Tigers player Horacio Agulla would score Argentina's sixth ten minutes later, though Leicester got back on the board within minutes after Harry Thacker charged down a clearance in the opposition's 22, recovering the ball to score.

Replacement Freddie Burns kicked the conversion, and then intercepted a Pumas pass on the halfway line to score his side's third try, which he converted again to reduce the visitors' lead to 38-27.

Paolo Odogwu then received a huge cheer as he ran nearly 50m down the touchline to score the Tigers' fourth.

From 38-13 in front, Argentina now held only a four-point lead with 12 minutes to play, but they managed to score their seventh try through Juan Pablo Socino in the 72nd minute after some quick recovery work near the opposition tryline, giving them a 43-34 lead.

Two late tries from Juan Manuel Leguizamón and Agulla in the dying moments of the match would give the Pumas a somewhat flattering 55-34 victory.