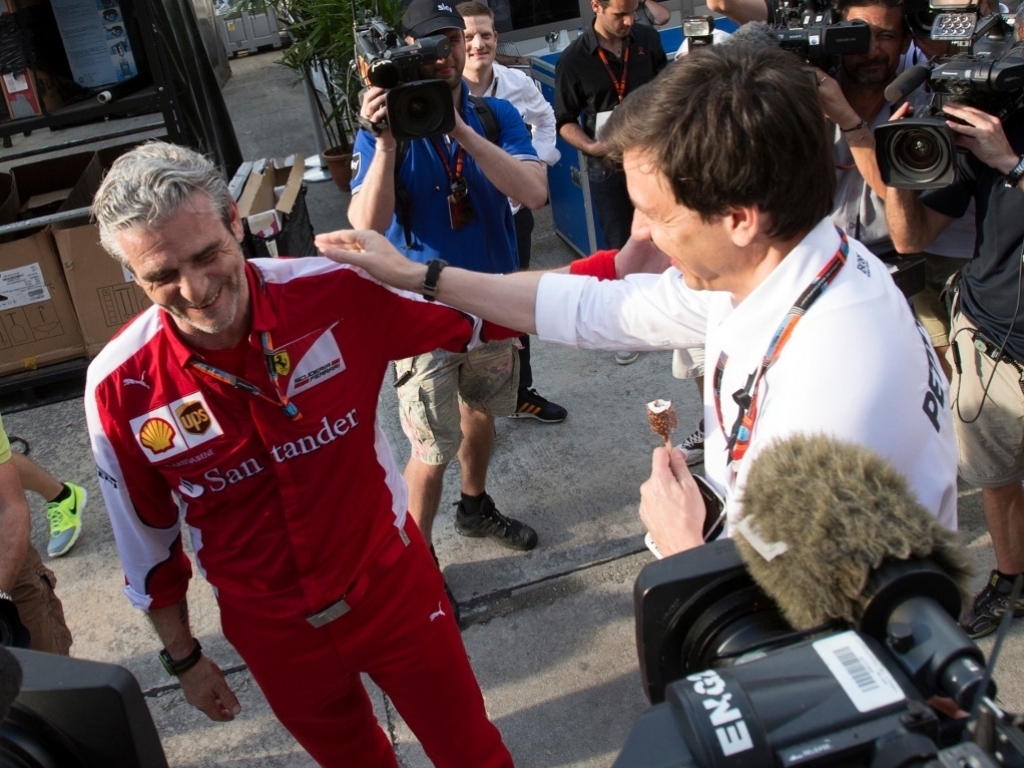 Ferrari boss Maurizio Arrivabene remains confident that Mercedes will be beatable at certain tracks, despite not challenging them in the opening 12 races of the season.

Ferrari have also been replaced by Red Bull as Mercedes’ number one competitor in 2016, after failing to win a race so far this season.

“If we are looking for Mercedes they are strong but in Singapore last year when they have races where they are less strong and are beatable. This is a fact of life,” Arrivabene said.

Their best chance in the current season came at the Spanish Grand Prix, when Silver Arrow duo Nico Rosberg and Lewis Hamilton took each other out of the race, prompting a fierce battle between Red Bull’s Daniel Ricciardo and Max Verstappen and Ferrari’s Kimi Raikkonen and Sebatian Vettel.

Verstappen ended up taking glory in Barcelona, much to the Scuderia’s disappointment.

However, while admitting that the Austrian-based outfit have drastically improved, the Italian also claimed that Ferrari have also been underwhelming.

“We are in a situation where Mercedes is really strong and this is something for us to meet and the Red Bull, if you look at Hungary, we were much quicker than Red Bull, it is not a drama we just need to fine tune and fix,” he added.