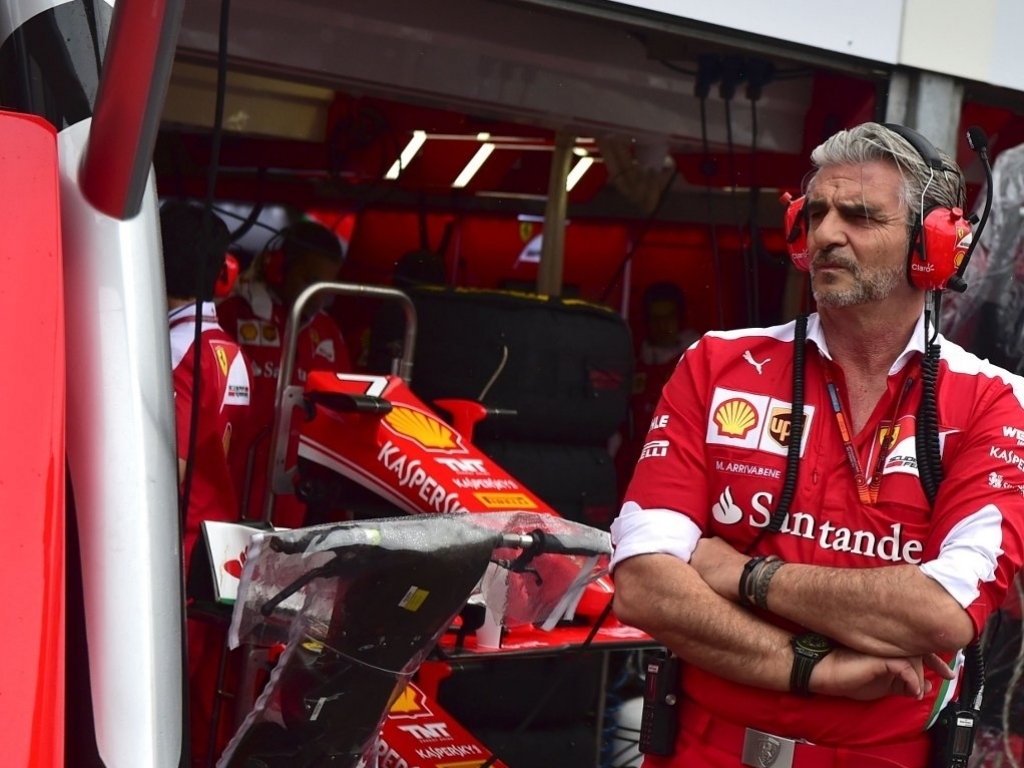 Claiming that the F1 Championship race isn’t over, Ferrari boss Maurizio Arrivabene has revealed that they may introduce a couple of upgrades in the coming races which may surprise a few.

Despite not scoring a race victory as of yet this season, the Italian is confident that duo Sebastian Vettel and Kimi Raikkonen, who have a combined five World Championships, have the necessary tools in their locker to close down the 81 point gap to Mercedes.

On their upgrades, the Ferrari boss did not reveal much but did add that their team are working very hard on their SF16-H.

“I won’t tell you the exact dates, but I can tell you that are engineers do not sleep,” he said.

“Some surprises will come – because our chassis engineers are sleeping even less.”

He also added that the battle between teammates Nico Rosberg and Lewis Hamilton will hopefully work in their favour.

“We must take into account that Rosberg and Hamilton will take points from each other, because otherwise it would be tough,” he continued.

“The championship is long and we have had several unfortunate days – while they have had only one bad occasions.

“But if it happens then it is very easy to climb up the points table. We have to believe and have to be positive.”