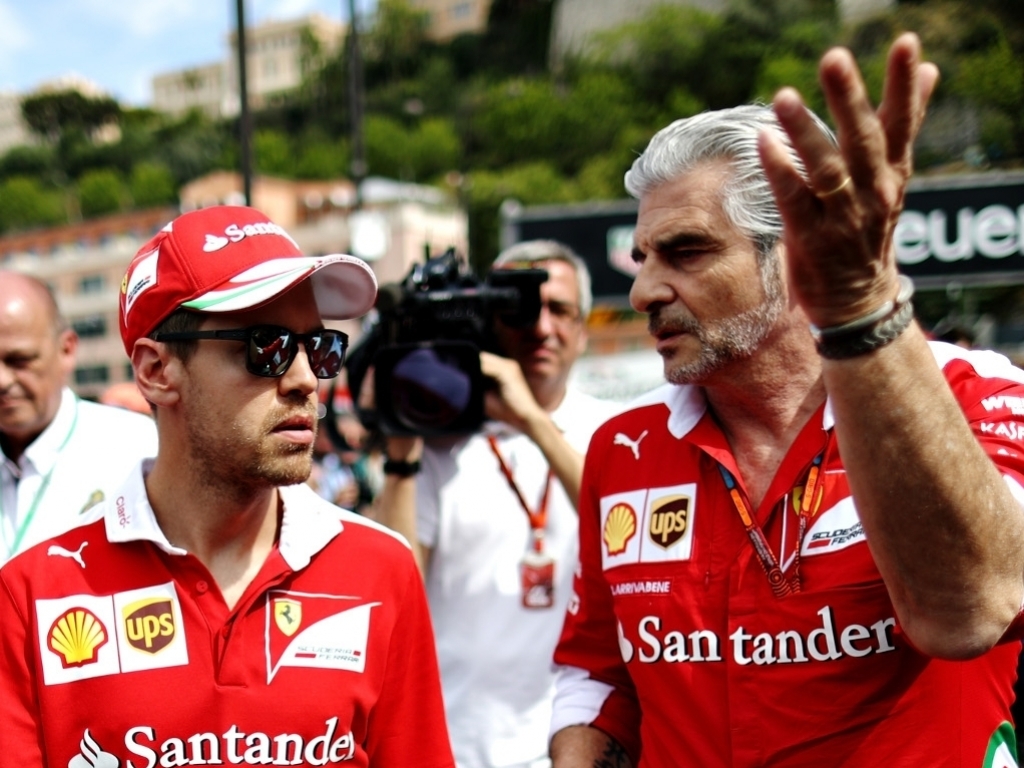 Maurizio Arrivabene does not foresee Ferrari having to deal with the fall-out that Mercedes are experiencing as his drivers would never make contact.

Lewis Hamilton and Nico Rosberg collided on the final lap of last Sunday’s Austrian Grand Prix as they fought for the victory.

Hamilton was bumped wide but returned to the track to take the win with Rosberg coming home in fourth place as he limped back with a damaged car.

The Mercedes bosses were fuming over the situation but it is a problem that Arrivabene he would never have to deal with.

“I’ll leave this problem to Toto [Wolff], it’s not my problem!” he told Sky Sports F1.

“But I’m quite happy with Kimi and Seb because I don’t think that a situation like this could happen with our drivers.”