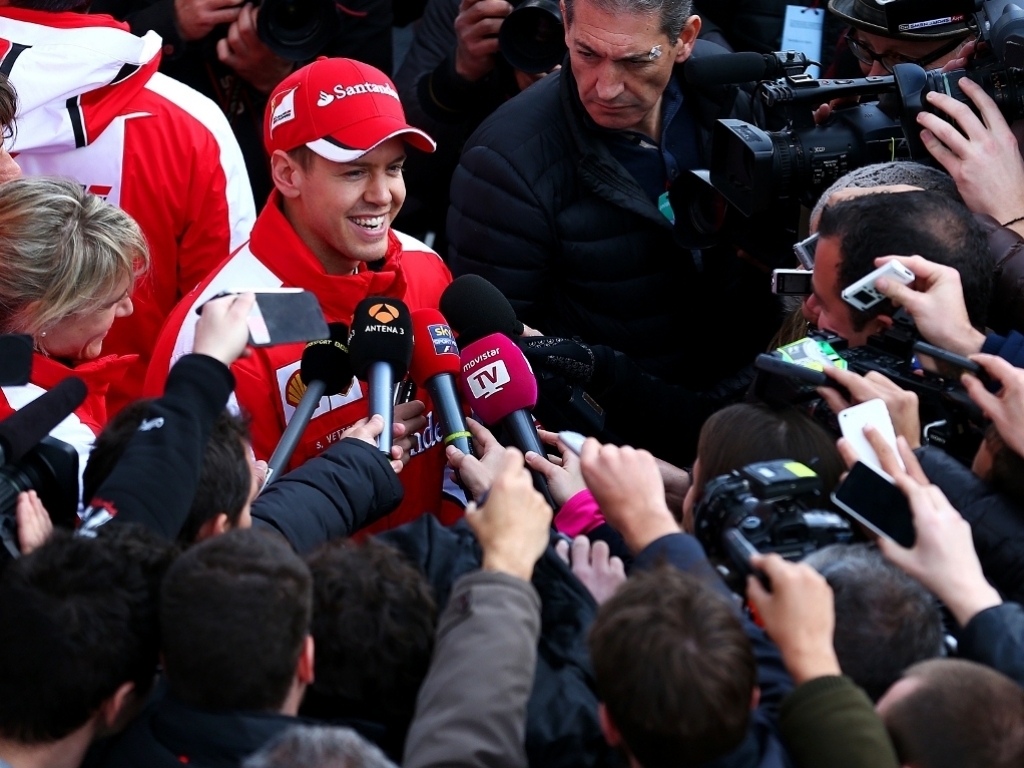 New Ferrari boss Maurizio Arrivabene admits he is sometimes astonished by the similarities between Sebastian Vettel and Michael Schumacher.

Four-time World Champion Vettel left Red Bull for Ferrari at the end of the 2014 season, having previously admitted he would like to follow in his "greatest idol" Schumacher's footsteps.

Schumacher, of course, helped to revive Ferrari's floundering fortunes and went on to win five Drivers' Championship with the Italian team.

Vettel will be hoping to do something similar as Ferrari haven't won the title since 2007 and Arrivabene is already impressed by the German.

Speaking to Ferrari insider Leo Turrini, who runs blog.quotidiano.ne, Arrivabene said: "I was around during Michael's time, living in the heart of the team, and I must confess that there are times when I look at Vettel and I am thrilled, amazed that in some ways he really is a carbon copy of Schumi. For those who have known both, they will see impressive similarities. We hope that over time the results will be the same."

With Fernando Alonso moving back to McLaren, Vettel will team up with Raikkonen and the Ferrari team principal is pleased with the relationship between the two.

"There is healthy collaboration between Seb and Raikkonen. I also believe in Kimi and have never hidden that fact. They are friends and they also have a great desire to co-operate," he said.

Ferrari have started 2015 on a positive note with the team topping the timesheets on three of the testing days at Jerez last week.

Arrivabene, though, admits their rivals have been hiding their true pace, but he is optimistic about his team's chances this year.

"Obviously the most important test will be the final one for the simple reason that in Melbourne all the teams must show their cards and throw away the masks," he said.

"Mercedes were hiding at Jerez. With Honda I always expect positive surprises, it is never sensible to exclude the Japanese manufacturer, they often have a winning solution.

"I have big dreams, but my feet are also firmly planted on the ground. I urge our fans to believe in the efforts we are making, bearing in mind the situation from where we started.

He continued: "We look to the future. Since I arrived at Maranello I was impressed by the desire for redemption from everyone who work here, and this is the most important thing."