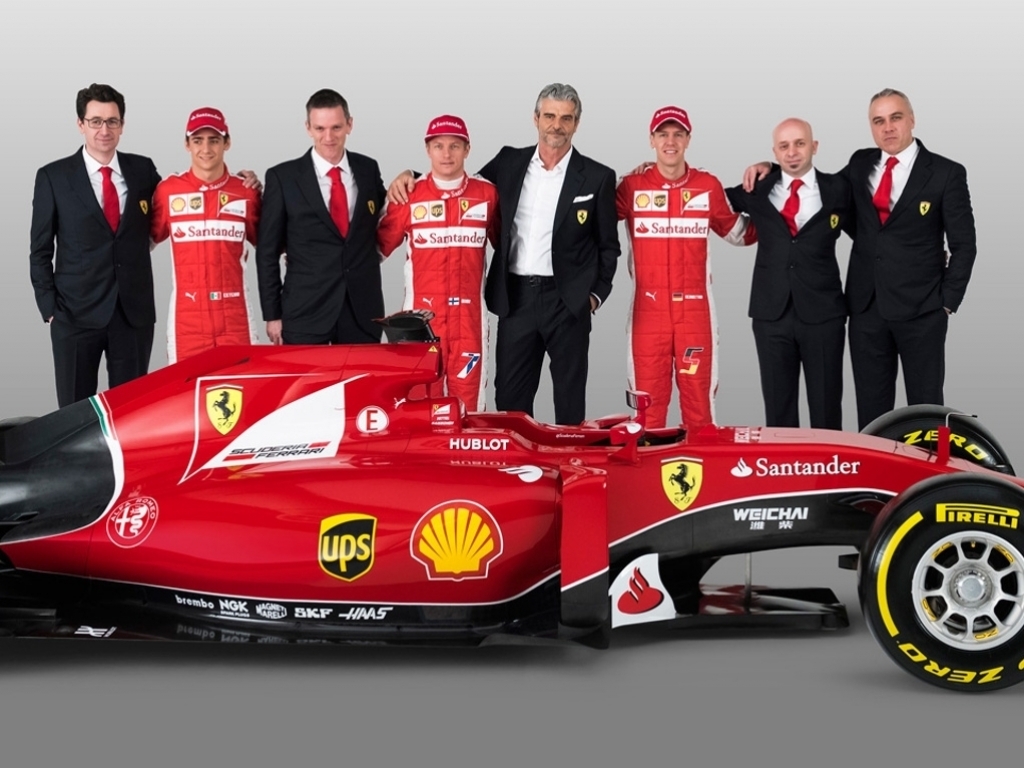 Ferrari failed to win any grands prix last year after which the team found itself with its third team boss in 12 months.

Early last year Stefano Domenicali was axed in favour of Marco Mattiacci whose time in charge was short-lived as he was replaced by Arrivabene in the off-season.

Ahead of his first year in charge, Arrivabene shared his thoughts on the new SF15-T.

"Last year we had an ugly car and a non-winning on top of this," said the Italian.

"I like the car of this year in terms of aesthetics, I don't know about performance, but it is really sexy."

He insisted that his arrival ahead of the new season would not dictate the philosophy of Ferrari as that was decided by the "founder.

"The work to do is to enhance the team spirit, the passion that was a bit lost.

"To work together very hard.

"We have one objective: to win as much as possible."

"Nobody has the magic to change things when things are unchangeable.

"We find the car, the car was ready actually December of [last] year, and we apply certain modifications that in our opinion are quite interesting.

"I don't want to say that we are going to win the world championship but for sure we are committed at least to win two races."

As for the new partnership of Sebastian Vettel and Kimi Raikkonen, he said: "They have to work together as team-mates and work together with the team.

"Everyone is working and pushing together in the same direction and I'm expecting the drivers to do the same."