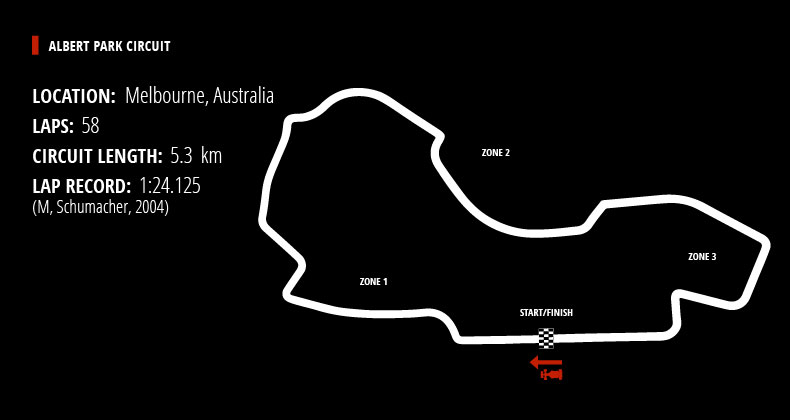 The Albert Park circuit is a temporary track which is only once a year to host the Australian Grand Prix.

Securing the rights until 2020 to be the season-opening race offers Melbourne a sense of prestige and excitement that other races will never garner.

It was, however, hard-fought as Melbourne has had to overcome stern protests from the environmental lobby as well as constant questions about the race’s financial worth to the state of Victoria.

The circuit has an interesting combination of fast, flowing corners, and a tight “hairpin” type bend system onto the start-finish straight.

The track has 16 corners named of some of Australia’s F1 icons such as Brabham and Jones.

In 2015, in light of a new rule insisting that races finish well before sun set, the start time for the Australian GP was moved forward by an hour to 4pm.

Directions: Located in the city centre of Melbourne in the attractive setting of Albert Park. The closest airport is Tullamarine Airport, which lies 21km to the north west of the city.