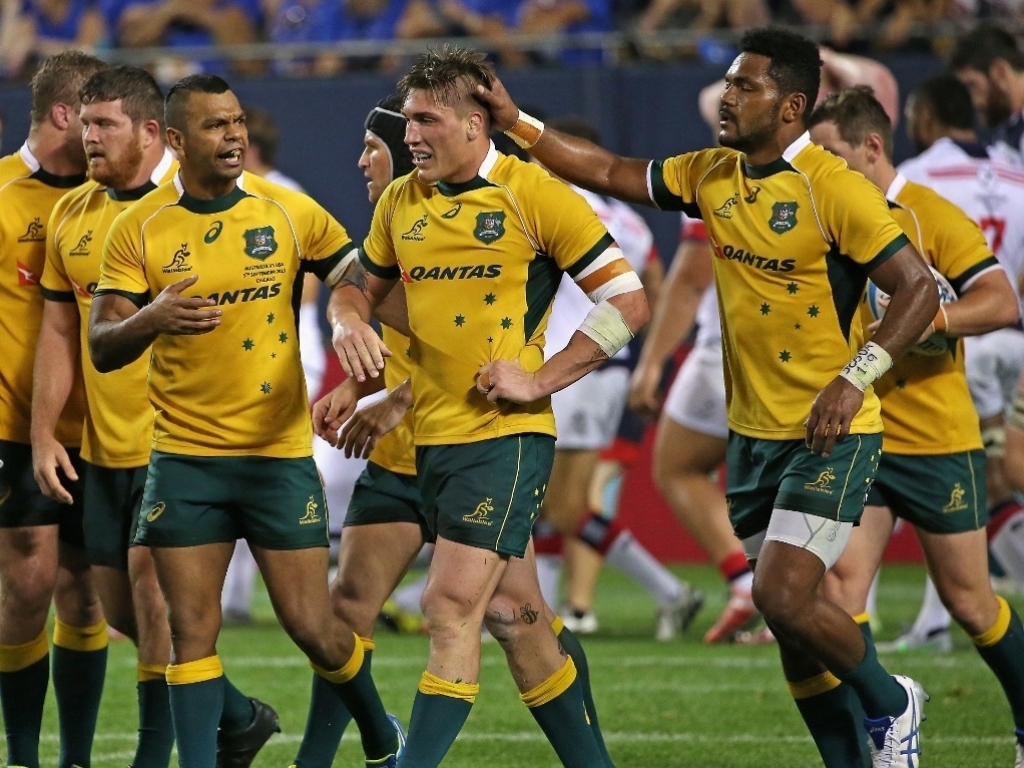 Australia completed their build-up to the Rugby World Cup with a 47-10 win over the USA at Soldier Field in Chicago.

The Eagles put up a strong showing and trailed just 14-10 at the break before the Wallabies upped their game in the second half.

Openside flanker McMahon was named Man of the Match after scoring his first try in Test rugby.

The Wallabies hadn't played in the USA since 1976 and followed in the steps of the All Blacks by playing at Soldier Field after New Zealand's Test match there last November.

An early yellow card for USA lock Greg Peterson put his side on the back foot before Foley side-stepped his way over for the game's first try.

Another break from the Waratahs fly-half resulted in try number two for the visitors, with a strong carry from new captain James Slipper setting up Nick Phipps for the score.

The USA upped their physicality to tighten up the first half after the Wallabies had started fast.

AJ MacGinty's penalty put the USA on the scoreboard and they followed it up with a try from scrum-half Mike Petri after Takudzwa Ngwenya's electric break, trimming the Wallabies' lead to 14-10 by half-time.

Australia opened up in the second half with McMahon scoring off a rolling maul and Dean Mumm powering over from close range.

USA captain Chris Wyles looked set to score after making an interception, only for Joe Tomane to intervene before Beale, Cooper and debutant Naiyaravoro dotted down in the closing stages.