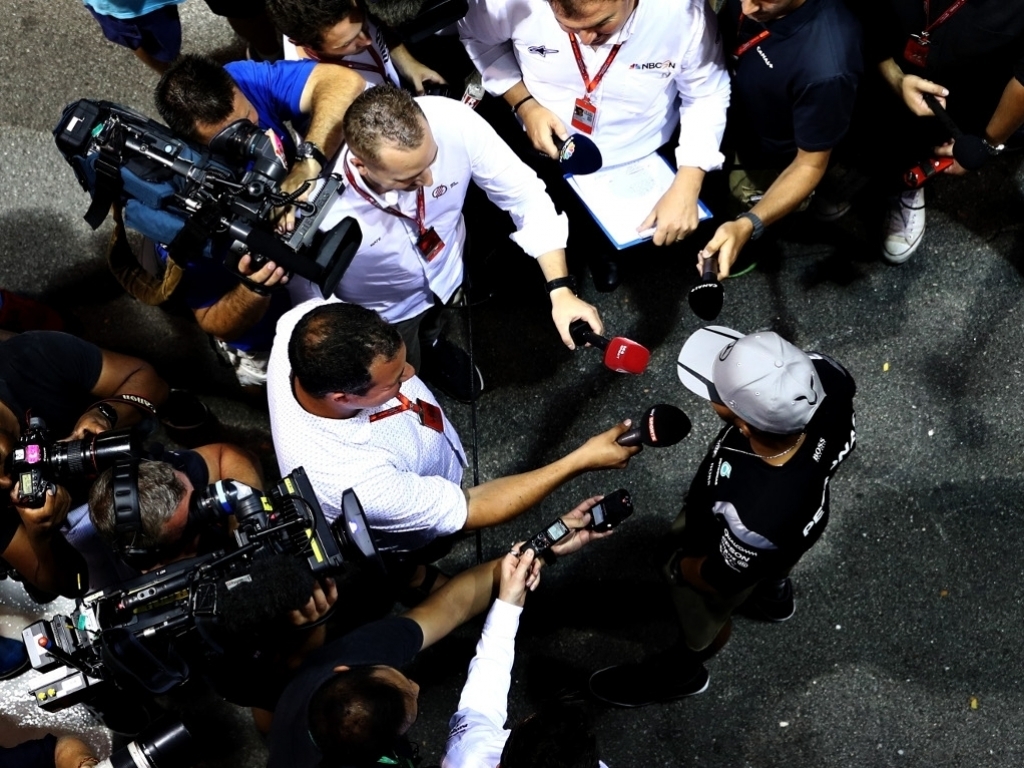 Every month I get an email from F1 Racing magazine asking me to do some work for them. Now, before you think that’s showing off, I should point out that’s me and everyone else on the F1 Racing and Autosport database. “What question would you like to ask Daniil Kvyat?” is the kind of thing they’ll pitch into my inbox. To which I’d answer: “What are you going to do next year?”

The scheme is either brilliant reader involvement, or a perfect exercise in slackarse-ism, akin to the kind of item Danny Baker runs on his radio show where listeners phone in about sports teachers who sat in their car at the side of the pitch and flashed their headlights because they didn’t want to referee in the rain.

Of course F1 Racing aren’t going to ask the kind of question I’ve posed for Daniil. Unless it was the very last one. In interviews you soon learn to keep all the awkward ones till the end in case your interviewee takes a huff or takes their leave.

So, continuing in that spirit, I thought I might compile the perfect awkward questions to annoy, irritate and discomfort the interviewee, that F1 Racing would never ask, and that no sane motorsport journalist would ask. Other than Dieter Rencken, naturally.

To Eric Boullier, McLaren: “Would it be fair to say that the phrase that most describes Honda’s return to F1 includes the word ‘cluster’?”

To Maurizio Arrivabene, Ferrari:  “How much more do you know about F1 than Flavio Briatore?” (another man with a top marketing background)

To Nico Rosberg, Mercedes: “Could you win a World Championship in a season when Lewis had no problems?”

To Lewis Hamilton, Mercedes: “Were you only interested in the bunny ears app because you’d caught all the Pokemon Go?”

To Toto Wolff, Mercedes: “How much longer will Mercedes be in F1?”

To Susi Wolff, Williams: “Does Toto have to come first in everything?”

To Jenson Button, McLaren: “Did McLaren only keep you on the books for the merchandising?”

To Christian Horner, Red Bull: “Will you ever tell any of your drivers off for anything?”

To Helmut Marko, Red Bull: “Couldn’t Red Bull save on your salary by just picking the winner of GP2 each year.”

To Nico Hulkenberg, Force India: “Do you think you’ll beat Andrea de Cesaris’s record of most starts without a win? (214)”

To Max Verstappen, Red Bull: “Who’s the better driver – your mum or your dad?”

Sebastian Vettel, Ferrari: “How much faster d’you think Daniel Ricciardo was in 2014?”

Daniel Ricciardo, Red Bull: “Have you heard of foot fungus?”

Pascal Wehrlein, Manor: “Can you recognise the colour blue?”

Daniil Kvyat, Toro Rosso: “Do you know if they have motor racing in the gulags?”