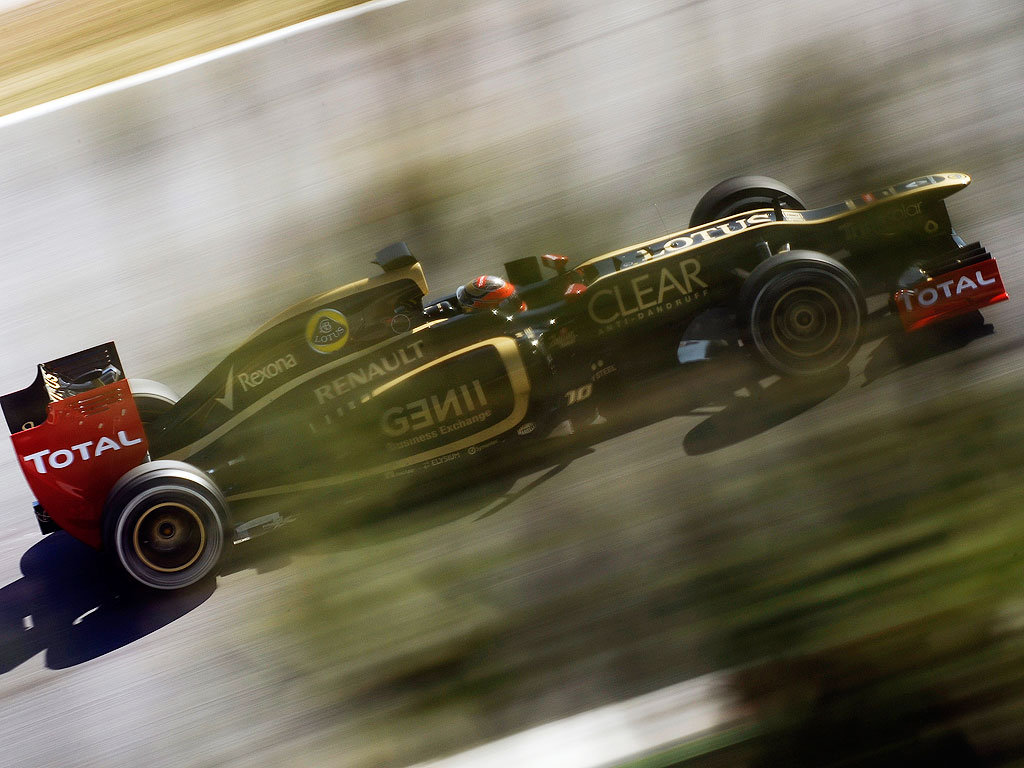 Romain Grosjean left it until the final few minutes on Friday to steal top spot from Jean-Eric Vergne on day two of testing in Barcelona.

Toro Rosso rookie Vernge set the fastest time in the morning session and looked set to claim the day two honours after holding off some of the big guns, but Grosjean denied him with a late dash.

Grosjean crossed the line in 1:22.614 three minutes before the chequered flag came out to help Lotus to claim P1 on two consecutive days. After missing three days of testing in Barcelona last week due to a chassis problem, the Frenchman sealed top spot with a 1:23.252 on Thursday.

It was a frustrating afternoon session for Vergne as he spent a lot of time in the garage. His STR7 stopped on track shortly before the lunch break and he only re-emerged in the final hour.

World Champion Sebastian Vettel was third fastest with a 1:23.361 while Fernando Alonso was a further 0.472s off his pace in fourth place.

According to BBC Sport, Red Bull tried out a new exhaust on Friday and ‘it looks like this one exits the bodywork lower than the previous one while still, of course, remaining within the area of the “box” stipulated by new rules on top of the rear sidepods’.

Alonso and Ferrari, meanwhile, finally did some race simulation late in the afternoon, which will no doubt be a big relief to their fans.

Heikki Kovalainen, who sat out Thursday’s session due to illness, put his Caterham in an impressive P5 and he was followed by Kamui Kobayashi. The Sauber driver had plenty of free time in the afternoon as his C31 had a hydraulic leak.

Nico Hulkenberg was seventh fastest with a 1:23.893. Force India planned to do race simulation run, but a gearbox problem put paid to those hopes.

Michael Schumacher, who was responsible for two of the eight red flags on Friday, was P7 in his Mercedes W03 with Lewis Hamilton of McLaren was P8.