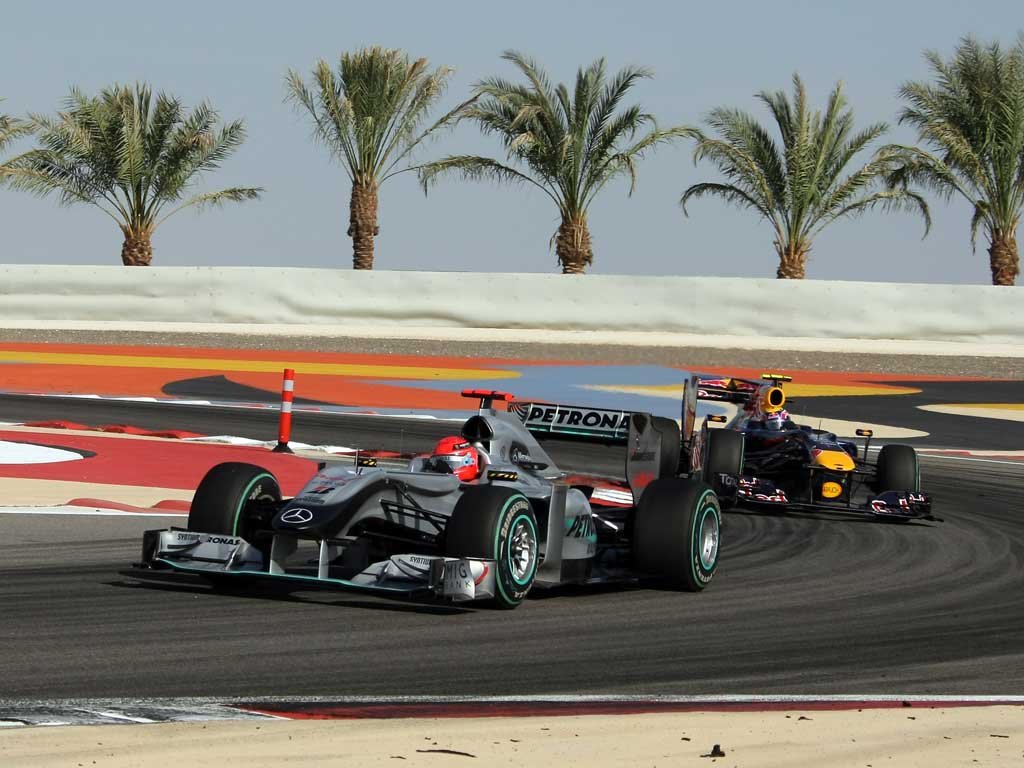 Alonso wins a race, Rosberg wins a race and now the Bahrain GP goes ahead – it’s a season of surprises says Andrew Davies…

There were many who thought it wouldn’t happen – including us – but the Bahrain Grand Prix, barring any last minute storming of the BIC (Bahrain International Circuit) is going ahead.

From a purely selfish, self-absorbed angle it’s great that it’s going ahead because it’s one more race on the calendar. Without it there would be a four-week gap till Barcelona. There will also be those who are not big fans of Ferrari or Red Bull who will be happy to see another quick race before they get their acts together at the Spanish Grand Prix. But it also opens up the sport to all kinds of criticism if there is trouble and strife. You can’t imagine there’ll be many police officers on leave this weekend.

The crux of the problem is that the race is seen by many as a vanity project of the Bahraini royal family and far from being a unifying force it’s viewed as a divisive symbol of their control. The race going ahead is an assertion that they can get what they want. When Bernie says “we’re not political in F1” then he really should review their slogan for the race: UniF1ed. The last slogan was something like: Feel the heat. Which works a lot better in 2012.

From a pure motorsport angle the race used to be as dull as the landscape around Sakhir – flat, boring and sandy. But those were in the days before DRS and KERS and Pirelli tyres. With Paul Hembery’s ever-so-temperature-sensitive tyres strapped to the cars in Bahrain we can expect more fun and games than the previous 7 races put together.

Malaysia was supposed to be the race where we saw how Pirellis coped with extreme heat, but the race turned out much cooler than usual. With Bahrain there’s no monsoon around the corner to dampen the expectations of some rubber scorching track temperatures – though at present we’re predicted something like 31 and 32C.

But as Sebastian Vettel has outlined, it’s not just the heat you need to watch out for: “The track’s built in the middle of the desert so you have to manage the sand. It moves with the wind, so it can suddenly appear in new places on the track on each lap – so you’re never quite sure where it will be slippery. It’s always a challenge to anticipate the grip levels for the race.”

This year the teams will be going back to the shorter version of the track that Jenson Button last won on in 2009. After Shanghai he is in confident mood: “We have a car that’s quite well suited to the track’s characteristics. The circuit is a good balance of tricky, technical, low-speed corners and faster, high-speed sweeps – particularly two sections behind the pits, which are very satisfying when you get them right.”

Jenson may be optimistic – and Lewis also, but Mercedes are wary and Fernando Alonso is downright gloomy because of potential tyre wear issues. He’s back citing his old friend ‘damage limitation’.

“Both the Scuderia and I have a good record in Bahrain: the team has four victories here and I’ve got three, the last of which was also my debut race for the Prancing Horse. But the past counts for nothing in this sport and this weekend will be all about damage limitation for us.”

Ferrari have traditionally been the uncrowned kings of Bahrain and Felipe has gone well here too, but already they’re trying to manage our expectations. Mercedes have got very high expectations after what happened in Shanghai. Can they pull off the same form with some gnarly tarmac? If they can, we’re going to be in for one hell of a season.

The team that was very easy on their tyres in pre-season and who didn’t get to strap all the upgrades on their car in Shanghai is Lotus. Kimi’s tyres may well have fallen off the cliff in Shanghai but his press release is sounding confident for Bahrain even if he might not be.

Kimi: “It (the tyre strategy) didn’t work in Shanghai, but you don’t know these things unless you try them. A podium in Bahrain should be possible and I think it has been at all the races we’ve been at so far.” You can get 7/2 odds for Kimi finishing on the podium in Bahrain, but a much better bet could be Romain Grosjean at 13/2 in the same machinery.

The bookies’ hot favourite is Lewis Hamilton who’s already worked out where he’ll be trying to overtake: “You can be really late on the brakes for Turns One, Four and 14, which is a particularly technical final corner. There are definitely passing opportunities. Turn One is a classic late-braking opportunity, and it also gives you the chance to set up the other driver, by forcing him to defend up the inside and then compromising his exit speed, which gives you the opportunity to have a look inside at Turn Two, or even Turn Four at the end of the straight.”

Brakes are going to be critical, and locking tyres will be ruinous (Sergio) so once again drivers will have their work cut out with tyre management this weekend. The latest generation of Pirelli tyres has already shown us that they’re like some attention-seeking girlfriend* – you have to be thinking about them the whole time. What happens in Bahrain will give us further insight about who is going to have a good summer. Fingers crossed that it’s a peaceful event and memorable for all the right reasons.