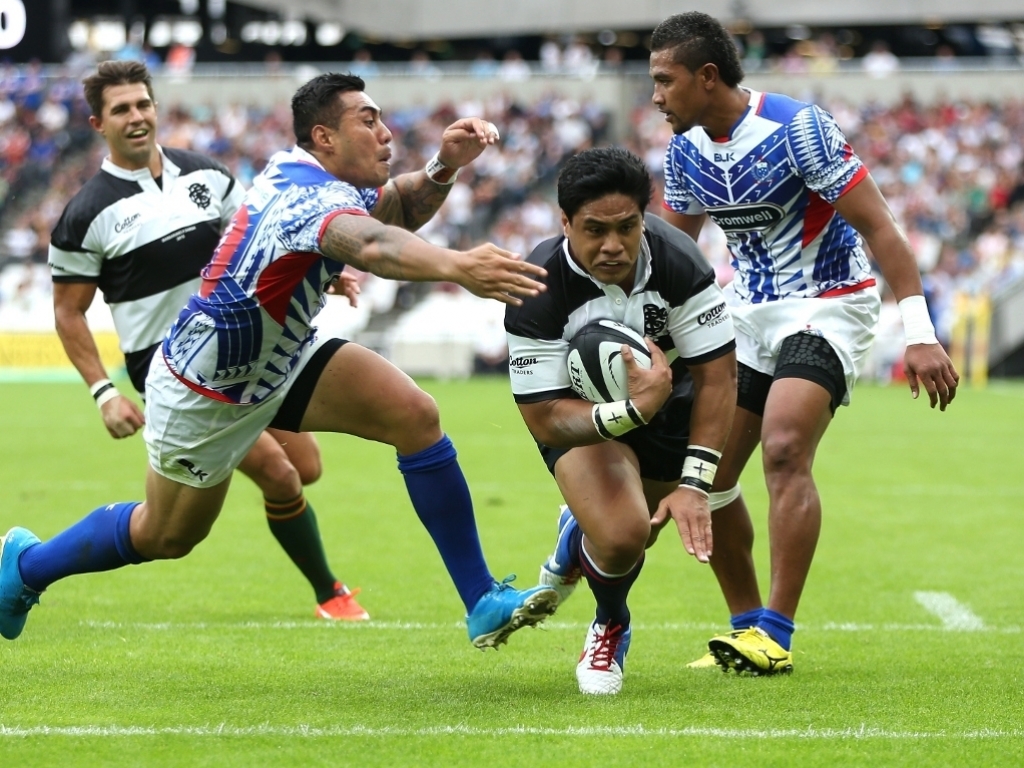 The Barbarians outscored Samoa five tries to three to win 27-24 in Saturday's Rugby World Cup warm-up clash at the Olympic Stadium in London.

The scores were locked at 17-17 at half-time but Samoa played for over an hour with 14 men after Kane Thompson was sent off for throwing a punch at Baa-baas hooker Saia Fainga’a, who had been obstructing him.

It was certainly an eventful affair as the Olympic Stadium's debut as a rugby venue was marked by a few hiccups, including the sprinklers coming on for a few minutes during the first-half.

The Islanders were always going to struggle once Thompson was sent off and they also lost Northampton scrum-half Kahn Fotuali’i at half-time after he failed a concussion test.

World Cup-winning former All Black Adam Thomson was first to cross the whitewash for the Barbarians and he would finish with two tries in a bruising clash.

Samoa prop Anthony Perenise went over from close range before Liam Gill and Ben Tapuai scored quick-fire tries for the Baa-baas. Ken Pisi scored a stunning try to level matters at the interval, pouncing on club-mate Fotuali'i's deft grubber kick in the corner, as the Samoans stuck to their guns.

Thomson and Tapuai both scored their second tries in the second-half as the numerical advantage began to leave its mark. Tapuai's score was also out of the top drawer following great interplay with Christian Lealiifano and Jacques Potgieter.

Inbetween, the Pacific Islanders had levelled matters once more with the outstanding Jack Lam taking a quick tap and crashing over under the posts.

Samoa pushed hard to get the win but the Barbarians' defence held firm in a hard-fought finish to the game.