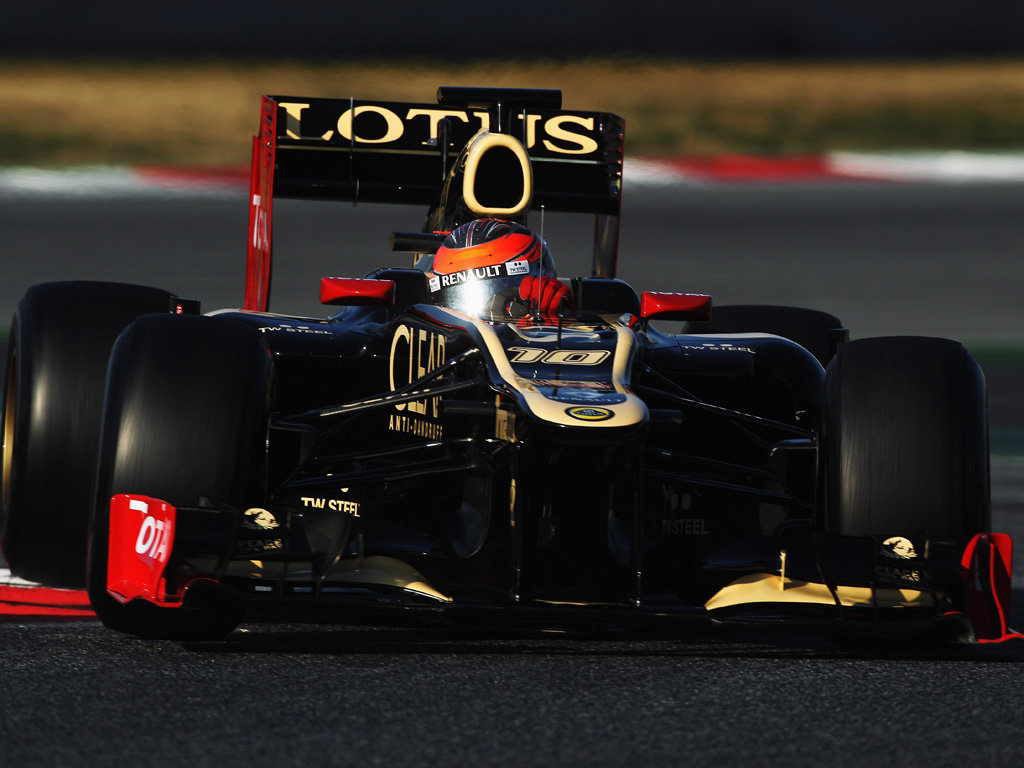 Having missed out on last week’s action due to chassis issues, Lotus made a flying return to testing at Barcelona on Thursday…

Having missed out on last week’s action due to chassis issues, Lotus made a flying return to testing at Barcelona on Thursday.

Romain Grosjean proved to be the man to beat on Day One of the third and final pre-season test as he crossed the line with a 1:23.252.

Using a set of the soft Pirelli tyres, the Frenchman put in a late charge to take the P1 slot with just thirty minutes left in the day’s play.

“The car was feeling very good and it’s great to bounce back from our dramas to set the fastest time of the day,” Grosjean said.

“It’s clear we have solved the problem we encountered and now we have to complete a very full test programme this week.”

The Lotus driver’s time meant Jenson Button dropped to second having been quickest in the morning’s session.

The McLaren driver completed just 64 laps with a best time of 1:23.510 to finish ahead of Sauber’s Sergio Perez by three-tenths.

It was a solid star to the week’s test for Perez, who managed 118 laps as he evaluated new aero components and did mechanical set-up work.

“I think this was a very good day for me. The car was performing well under varying conditions. We are working in the right direction, and I’m very much looking forward to getting into the car again for my final day of testing on Saturday.”

Fourth place went to Red Bull’s Mark Webber, who was 0.578s off the pace, while Mercedes Nico Rosberg was a further tenth adrift. The German, though, was the busiest driver out on track on Thursday, covering 128 laps.

Jean-Eric Vergne and Paul di Resta were next in line while Felipe Massa was eighth.

The Ferrari driver amassed 105 laps, however, was over a second off the pace.