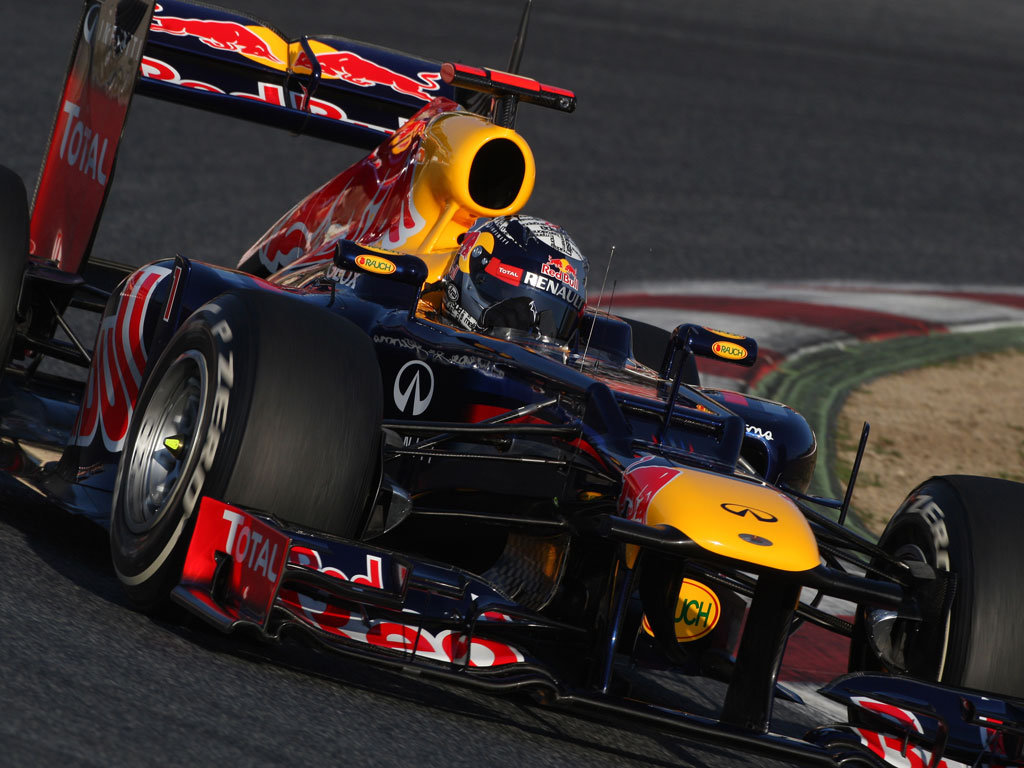 Although it was the launch of the Mercedes W03 which garnered the headlines on Tuesday morning, it was Sebastian Vettel who set the pace in Barcelona testing…

Although it was the launch of the Mercedes W03 which garnered the headlines on Tuesday morning, it was Sebastian Vettel who set the pace in Barcelona testing.

With all eyes on Mercedes, whose car may or may not be hiding a secret innovation according to Red Bull’s technical director Adrian Newey, Michael Schumacher was under serious scrutiny as the action got underway on Tuesday morning.

Driving the new stepped-nosed W03 the seven-time World Champ put in some decent laps from the word go to finish the morning with a 1:25.554 and an impressive 43 laps to his credit.

That put him sixth on the timesheets, 0.807s behind pace-setter Vettel.

The Red Bull racer spent his morning chasing down Nico Hulkenberg, a feat he achieved with a 1:23.343 just ten minutes before the lunch break and with the medium compound Pirellis.

Those tyres proved to be the more popular on the morning as the teams concentrated on the development of their own cars rather than tyre testing for Pirelli.

Hulkenberg had to settle for second, 0.097s off the pace while Lewis Hamilton, the only driver to try the softer option compounds, was third quickest.

Daniel Ricciardo once again showed Toro Rosso’s potential as he brought his STR home in fourth place and ahead of Ferrari’s Fernando Alonso.

Alonso’s running, though, was cut a bit short due to a “small issue” according to Ferrari’s Twitter feed.

Sergio Perez was seventh for Sauber, finishing ahead of Romain Grosjean, Heikki Kovalainen and newcomer Charles Pic, who was driving an old Virgin racer.

However, it was not a great start to the four-day Barcelona test for Grosjean or Kovalainen. While the latter brought out the morning’s only red flag when he stopped out on track, Grosjean’s day ended after just seven laps.

Alan Permane, Lotus’s trackside operations director, explained: “This morning was our first shakedown of our second chassis. Once the car was on track it was soon evident that everything wasn’t quite as it should be.

“As a precaution we are returning the chassis to Enstone for further investigation. Chassis E20-01, which we used in Jerez, is being sent over and we expect to be on track with that chassis tomorrow.”