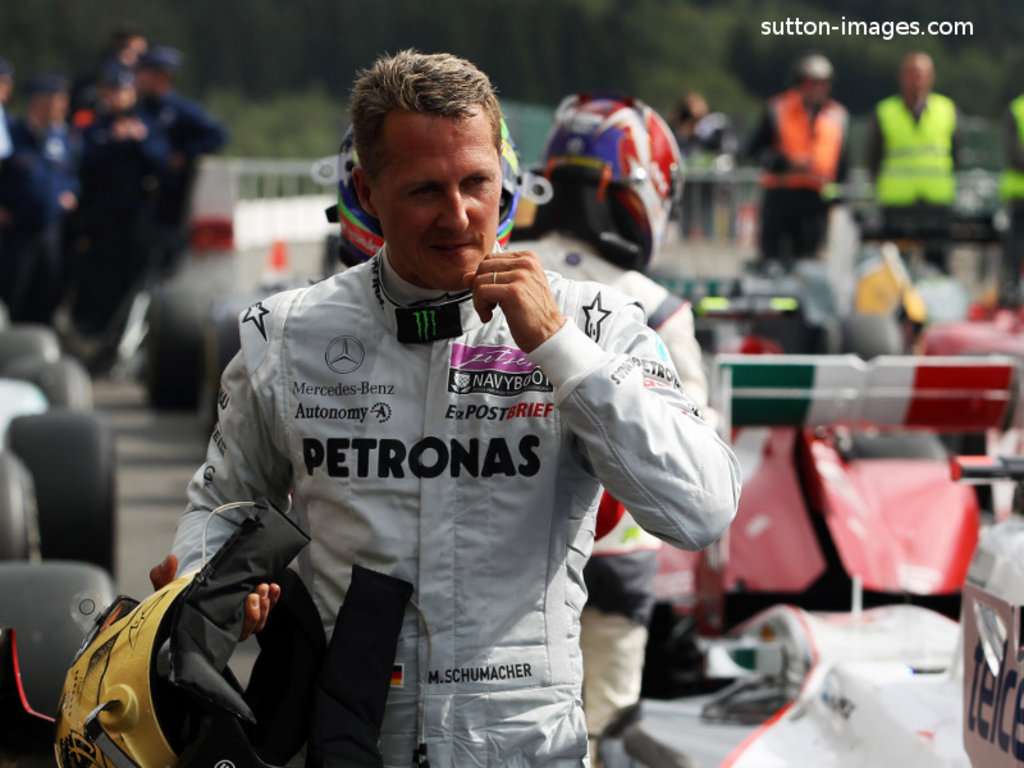 Gerhard Berger has urged Michael Schumacher’s detractors to back off and has also come to the defence of Lewis Hamilton, saying the Briton “is not to blame for every collision”.

Schumacher has come in for some sharp criticism since coming out of retirement, but Berger says the seven-time World Champion is still enjoying his driving despite his struggles.

“First of all I have to say that I am bored by the advice from experts that he should retire,” he told Autosport. “He has so much fun in racing and, with all his qualities, why shouldn’t he go racing and have fun? He just combines professionalism and fun.

“After all his success he deserves this. The market has its own rules. As long as somebody gives him a car, he can do this.”

Schumacher isn’t the only current driver who has Berger’s sympathy as the 52-year-old Austrian feels Hamilton remains top billing despite being involved in a spate of accidents in recent races.

“Let me put this straight: I would love to have him as number one in my team if I had one,” he said. “Together with Seb [Vettel] – although maybe not, because that would not work but cause havoc!

“In my view, Vettel, [Fernando] Alonso and Hamilton are the three best drivers out there. Vettel performs perfectly. Alonso suffers from minor mistakes, but he has not got a car on par with Seb’s.

“Lewis is the best in overtaking, but with a huge amount of risk. Therefore, it’s usually 50-50 if it works or if he collides. Surely, Lewis is not to blame for every collision, but he is often involved. And it does not create a nice picture if you are always there when something goes wrong.”

Berger also hit out at Mercedes GP for not delivering on their promises, adding he is “tired” of their excuses.

Since winning the double under the guise of Brawn GP in 2009, the Brackely-based outfit have struggled to match the likes of Red Bull, Ferrari and McLaren. They are currently fourth in the Constructors’ Championship, 328 points behind leaders Red Bull.

“In Belgium it was frustrating to watch [Nico] Rosberg having a hell of a start and a perfect showing, but after a couple of laps losing place after place like an apprentice driver,” he said.

“All the explanations and excuses from Mercedes make me tired. It is high time that a premium manufacturer provides its drivers with a premium F1 car. The engine is widely regarded as the class of the field. Now it’s their turn to deliver the rest.”