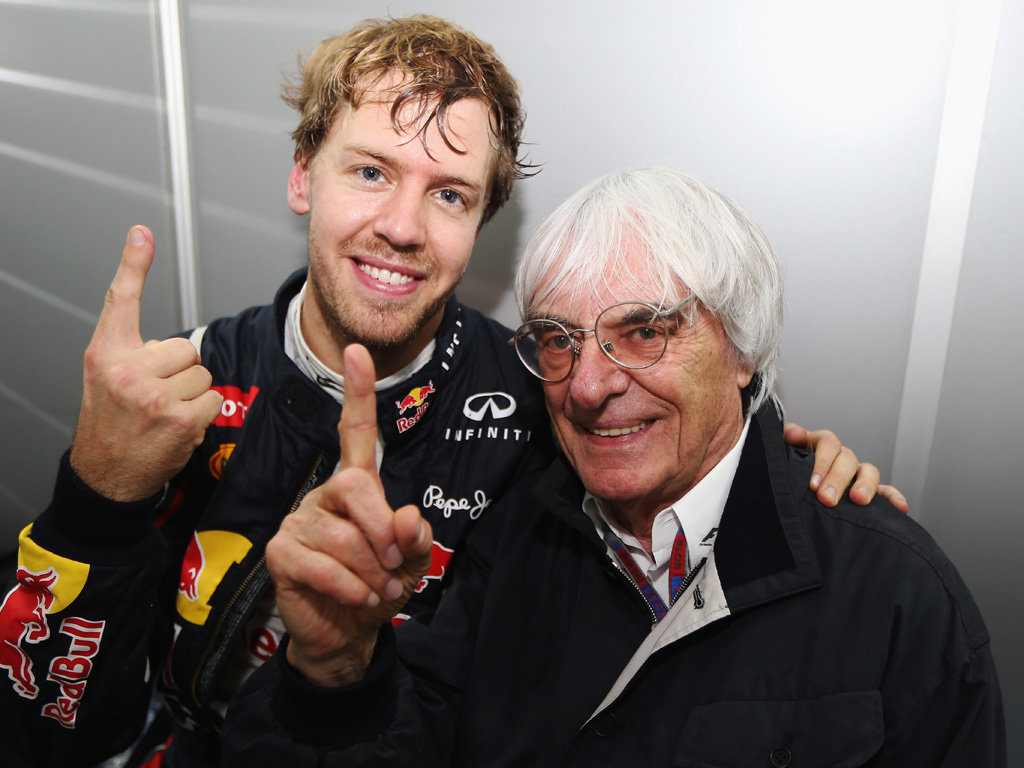 Bernie Ecclestone believes that Sebastian Vettel will once again have the edge over Fernando Alonso in 2013.

Vettel claimed his third title on the trot last season, and while he was not as dominant as in previous campaigns, still had enough to beat Alonso.

Ecclestone has tipped Vettel to make it four in a row in 2013, adding that McLaren will deliver an improved showing while Ferrari can’t afford a slow start.

“I see it in this order: Vettel, Alonso, Button and Hamilton,” he is quoted as telling La Gazzetta dello Sport.

“Many will not share my opinion but I think McLaren is now better balanced and Button has the potential to be even better.

“Ferrari will be strong, I have no doubt,” he added.

“But they need to start well – they can’t wait for five or six races and then emerge.”