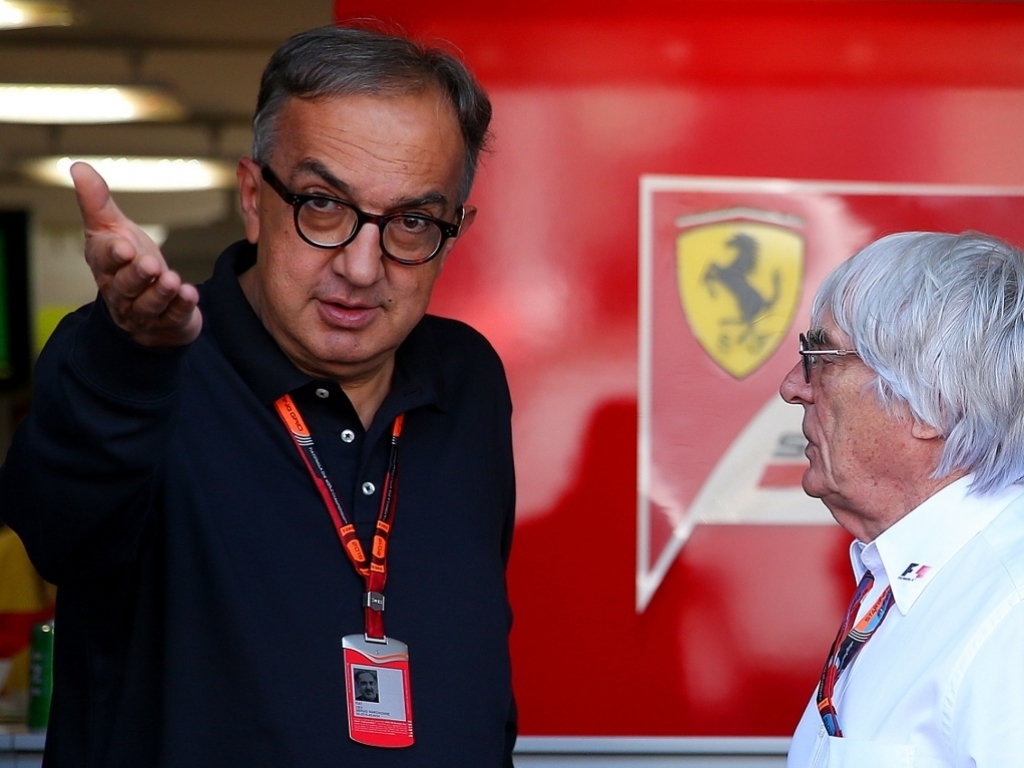 Bernie Ecclestone claims Ferrari chairman Sergio Marchionne "would love" to power Red Bull, but he is "frightened" he might damage his own team if their rivals become more competitive.

Red Bull are on the lookout for a new power unit supplier as their relationship with Renault is set to come to an end after the 2015 season after the French manufacturer failed to them with fast and reliable engines the past couple of years.

Mercedes were initially in the running to take over from Renault, but the German company’s board turned down the chance as they want to continue their model of keeping the works outfit their primary focus while supporting independent, privateer racing teams.

It has since been confirmed that Red Bull have held talks with Ferrari, but it has emerged that the Milton Keynes-based squad want parity with the Scuderia's works team in terms of engine performance.

F1 ringmaster Ecclestone says Marchionne is in a difficult situation as Red Bull could turn out to be faster than his own Ferrari squad.

"For Formula 1, he [Marchionne] would love to do it, to get Red Bull competitive with an engine, but he doesn't want to damage the team he runs," he told Autosport.

"If Red Bull get [a better] engine then they are obviously going to be competitive, it's an obvious concern, but he's frightened he's going to upset his team.

"It's now down to Sergio to make up his mind, and I'm sure it will be sorted out shortly one way or the other."