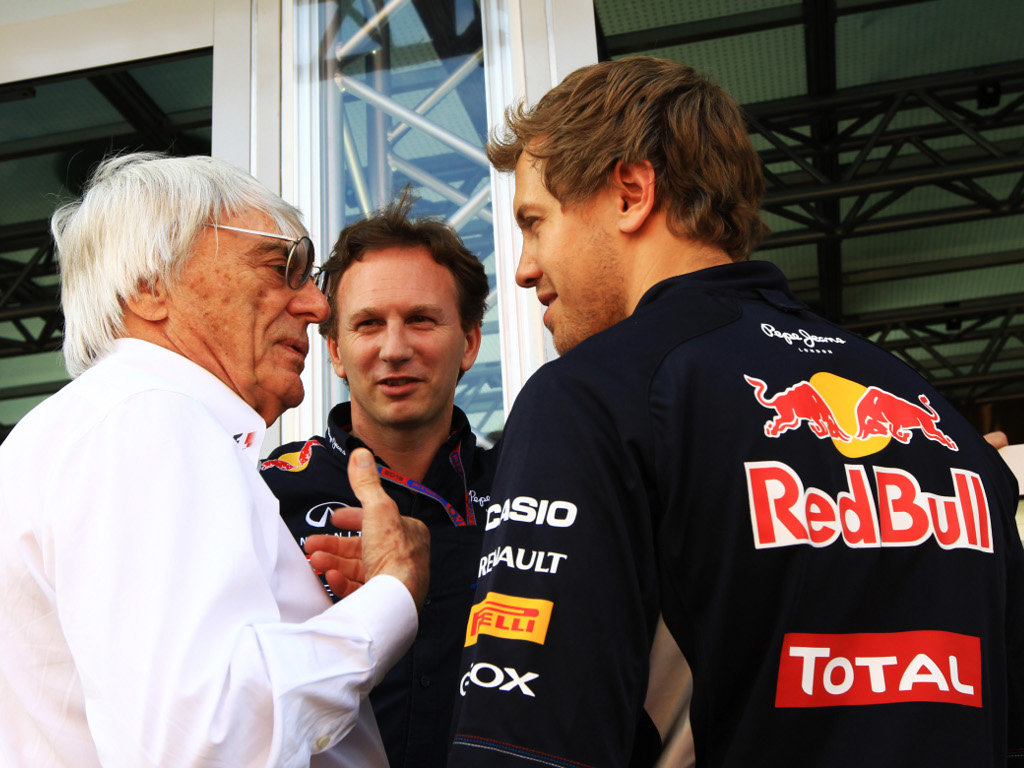 Bernie Ecclestone has hit out at Ferrari for questioning Sebastian Vettel’s pass on Jean-Eric Vergne in Brazil, calling it a “complete joke”…

Bernie Ecclestone has hit out at Ferrari for questioning Sebastian Vettel’s pass on Jean-Eric Vergne in Brazil, calling it a “complete joke”.

Earlier this week it emerged that Ferrari had some questions about Vettel’s move on Vergne, which took place on lap four of the Brazilian Grand Prix.

The manoeuvre played a part in Vettel working his way up to sixth in the grand prix, which assured the Red Bull racer of his third Drivers’ Championship as he beat Fernando Alonso by three points.

“It’s a shame because everything had gone so well,” Eccestone told the Daily Telegraph.

“It was a super race, a super Championship. Now everyone is talking about this. The problem is that no one knows what is going on.”

Ecclestone added that Ferrari’s request for clarification was a “complete joke” as the footage shows a marshal waving a green flag before Vettel passes Jean-Eric Vergne.

“In the rules and regs normally you have to protest. They [Ferrari] missed that time.

“Then there is the fact that a green flag was shown, which nobody seems to dispute.

“What they are saying in that letter is wrong. I don’t think there needs to be any action taken. It’s completely and utterly wrong.

“Personally I think it’s not really like Ferrari to do this. I think they badly wanted to win. But nothing will happen.

“What can they do? Take civil action? Maybe. But the case is flawed before it starts. Nothing is going to happen.”