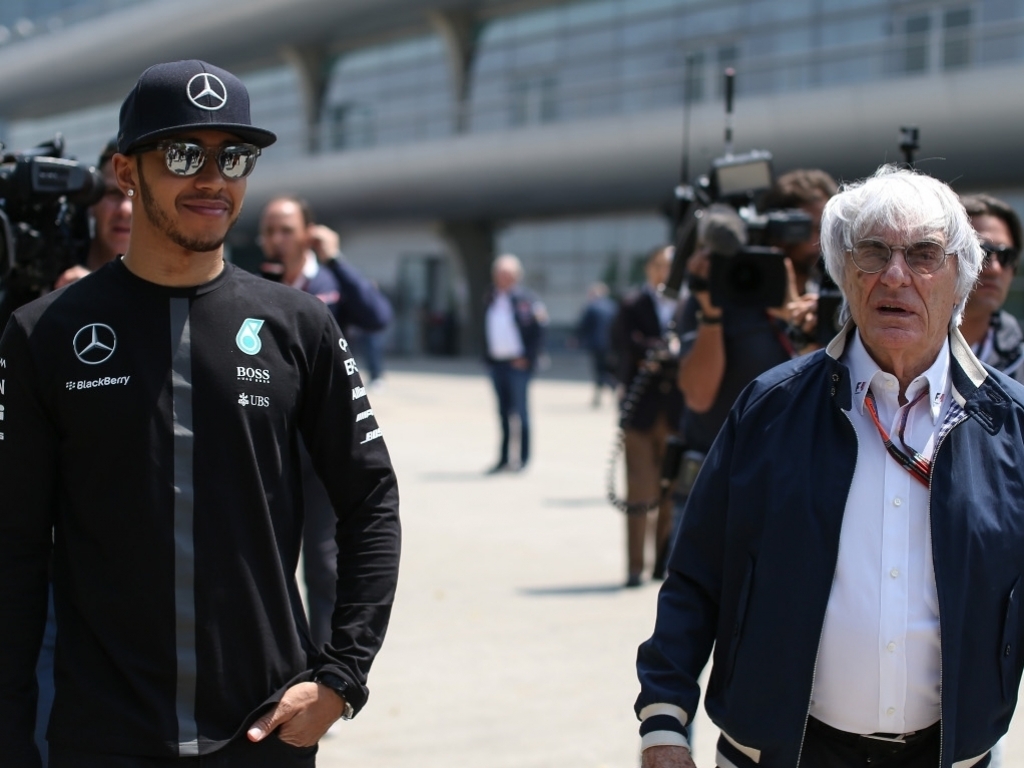 Although Bernie Ecclestone concedes it is difficult to compare eras, he believes Lewis Hamilton ranks in the top five of F1's best World Champions.

The Mercedes driver became the first Brit to win back-to-back titles when he retained the crown through his victory in Austin last Sunday.

The race win was Hamilton's 43rd, moving him up to third on the all-time race winners' list, but brought his title tally up to three.

But does that make him one of the best?

Ecclestone says he ranks in the top five at the least.

The F1 supremo told F1i.com: "Yeah, as a champion it's what he does for you guys and the sport which is so good."

But as to whom he believes was the best, that honour goes to four-time World Champion Alain Prost.

"You know it's difficult to assess these things with different cars and different teams, everything is different," Ecclestone added.

"I've always been thinking that if you had to assess Prost was probably the best and should have won another couple of championships and was unfortunate not to."