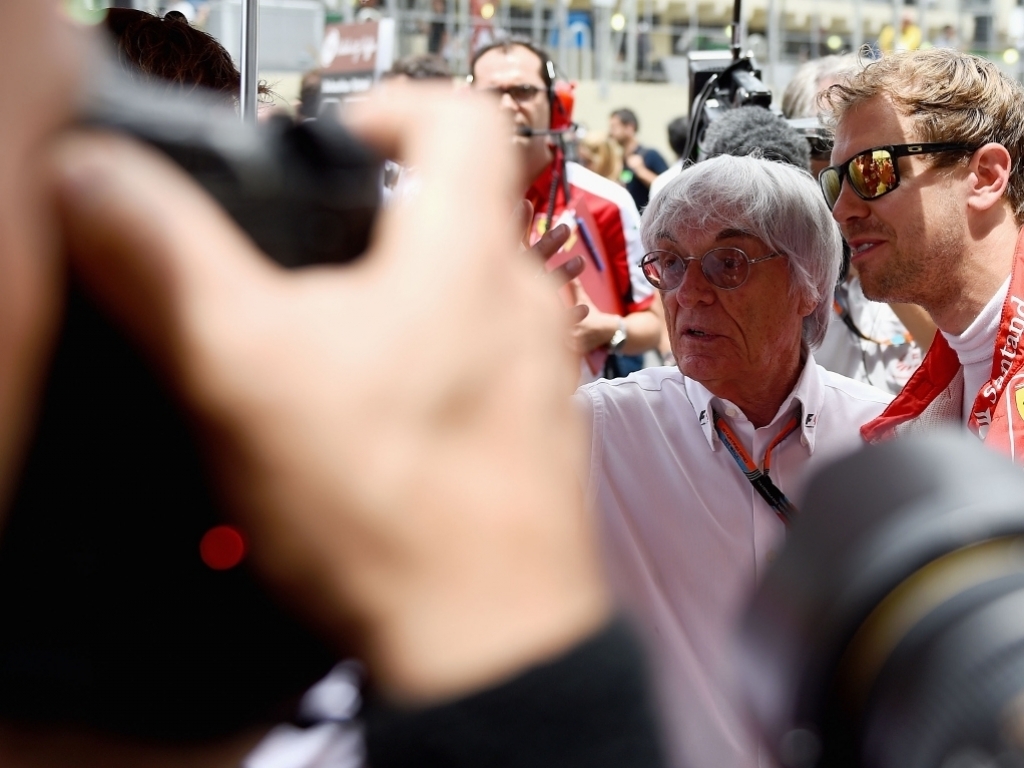 Bernie Ecclestone is confident Formula 1 will see a “different” Ferrari next season as he hopes F1’s longest serving team returns to winning ways.

Although many expected that Ferrari would challenge Mercedes this season, the Scuderia have instead fallen further off the pace.

Neither Sebastian Vettel nor Kimi Raikkonen have claimed a single race win while the team-mates have managed just one podium finish in the last ten races.

It has been a disappointing showing from the Scuderia, however, Ecclestone hopes team boss Maurizio Arrivabene will be given the support he needs to turn it around in 2017.

“All I hope is that Ferrari get their act together and start winning races,” he said in an interview with the official F1 website.

“Maurizio desperately needs is a good back-up support like Mercedes have got, for example.

“If he had the support that Mercedes has, they would win races – for sure.

“I am also sure that you will see a different Ferrari next year.”

In fact the 86-year-old expects to see three teams; Mercedes, Ferrari and Red Bull, fighting at the front next season.

Moving onto drivers, the F1 supremo doubted Vettel’s ability to pull Ferrari together in the same way that Michael Schumacher did in the 1990s. But that isn’t necessarily the four-time World Champion’s fault.

He said: “When I got Jean Todt to take his position and go to Maranello – which was a bit of a risk for Jean to do – it was an all-Italian team and they were a bit concerned about taking a foreigner.

“But I told them: when you win the championship you sure will find ancestry in Jean’s family that comes from Sicily. (Laughs)

“Now it has gone back to being a very Italian team again. And it is run like an Italian team. So I don’t envy Maurizio’s job. I wouldn’t want to do it.”

He was, however, full of praise for Lewis Hamilton and Max Verstappen.

“Lewis is a little bit special – as a person and as a driver. He is doing a super job. We would need half a dozen Lewis’s.

“Max’s position is he’s wanting to get there, he wants to win. And he has got the quality and the talent to do it. He is racing – and that is what he is supposed to do! The drivers in F1 are supposed to race each other.”

As for his recent comments about surrounding the tracks with walls, Ecclestone clarified it saying: “What I really said was that these walls should prevent the drivers from running off the track.

“Because now when they do, it is a case of somebody has to decide whether they ran off because they had a problem, or because they wanted to get an advantage or they make a mistake.

“The easiest thing to do for some corners – and I really mean only some, and corners that are not deemed dangerous, where somebody could get an advantage by running off – would be to erect small walls to remind them that this is the white line. It would mean we lift the white line up by 40 centimetres.”

He added: “I have done more for Formula One’s safety over the years than anybody else, including having a hospital at the circuits, so we don’t need these discussions.

“I have never made it dangerous in Monaco – and it’s been there for decades. Baku was no problem, Singapore no problem. And if you ask a driver what race he would love to win more than any other, the immediate answer would be Monaco! There you have it: no driver ever complained about Monaco.”