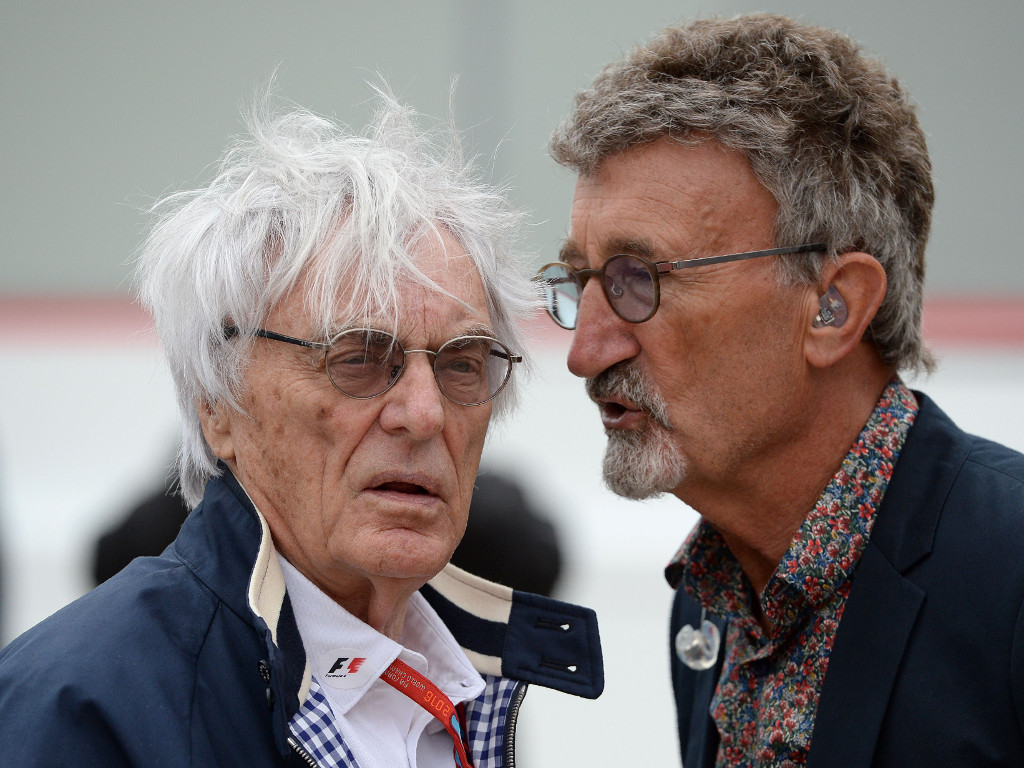 Bernie Ecclestone says if he was in charge at Mercedes the drivers would be free to race, has billed Alain Prost as the “greatest” driver ever and reckons it would be “good for the world” if Donald Trump won the US election.

In a wide-sweeping interview with Top Gear’s Eddie Jordan and editor-in-chief Charlie Turner, the 85-year-old shared his thoughts on hot topics including the Mercedes battle.

Lewis Hamilton and Nico Rosberg, who are separated by just two points in the race for this year’s World title, have clashed several times this season earning the ire of motorsport boss Toto Wolff.

Wolff, however, decided to let his drivers continue racing on the condition that there were no more on-track antics.

It is a decision that Ecclestone agrees with, especially as Mercedes are on course for the 1-2 in the championship.

“If, later in the season, it was a case of one of them needing to be sensible, and be like a team driver because another team were going to snatch the championship away from them, I’d then say to them, “You’d better start having a think about this and maybe you should let the other person in the team do the winning to get the points.”

“In this case… one of those two is going to win the championship, so that’s not going to be the point.”

Keeping with Formula 1, the sport’s supremo was asked who he felt was the “greatest driver” to have raced in Formula 1. That honour, he says, goes to four-time World Champion Alain Prost.

He explained: “I think if you said to me who I think has been the greatest driver… I’d say Prost.

“Michael [Schumacher] had a lot going for him, team-wise, and he always had another driver in the team who was helping him. For a certain period, it was the same for [Ayrton] Senna, whereas Prost never had that luxury. He always had competitors with him. I mean, he had Senna, and he had a few other people.

“So I think you’d have to say perhaps – it’s difficult to say – but if you go across the whole lot, I’d think I’d probably have to say Prost.”

The Brit also weighed in on the American presidential race and revealed that he would like businessman Trump to beat Hillary Clinton to the White House.

“Trump, I think, is the sort of guy that if he maybe thought he’d made a little bit of a mistake, would find a way out, he wouldn’t want to say, “Well, that’s what I’ve done and I’m sticking to it, and I don’t give a damn.” Which is what the other people in America would be like. With Putin, he says he’s going to do something, he gets on it, does it.”