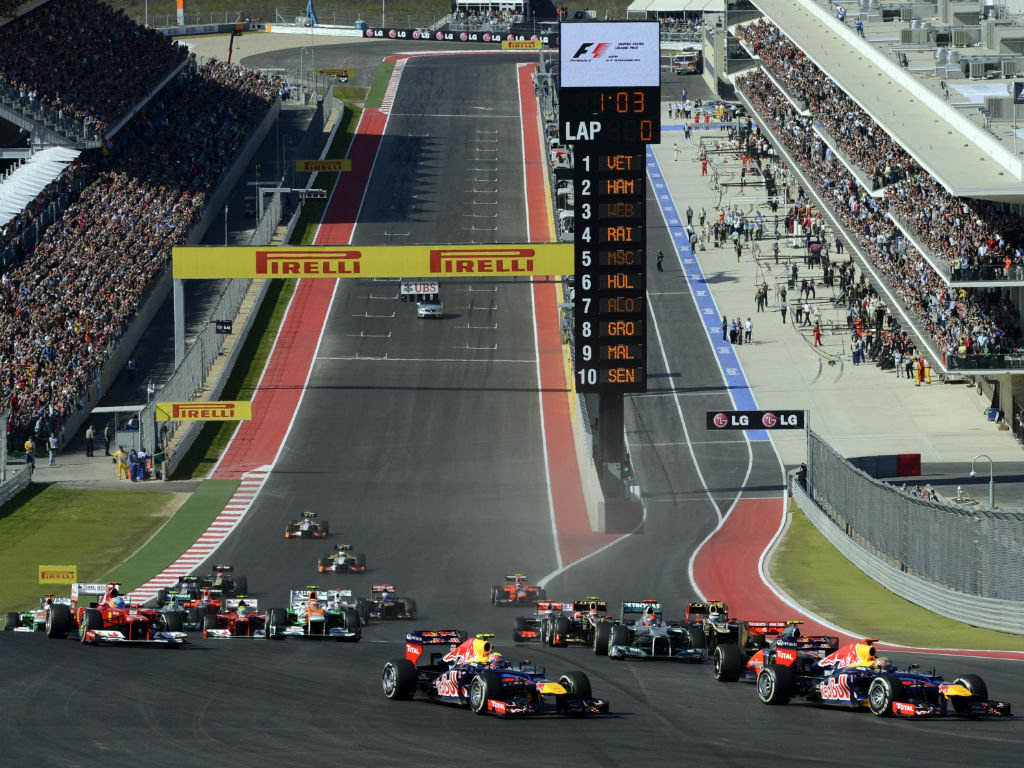 Bernie Ecclestone reckons the United States GP was “much better than expected” as over 100,000 fans watched Lewis Hamilton race to the victory…

Bernie Ecclestone reckons the United States GP was “much better than expected” as over 100,000 fans watched Lewis Hamilton race to the victory.

After five years away from America, Formula One made its return this past weekend at the brand new Circuit of the Americas in Austin, Texas.

There were, however, concerns about the venue as some believed Formula One would fail to capture the attention of the locals in the same way as NASCAR.

That, though, proved unfounded.

With 65,000 watching Friday’s practice alone and a crowd of 117,429 present for Sunday’s grand prix, the three-day weekend brought in 265,499 fans, prompting Ecclestone to declare the race a success.

“Everything’s good, and everyone in Austin seems happy. It’s good when you do something and it works,” said the Formula One supremo.

“It has been much better than I expected, particularly when you think that 12 months ago there wasn’t a race.

“Hopefully we’ll have another couple of events (in America) in the future, so we will see what happens.”

The F1 supremo, though, did warn that for any grand prix the “second year is always difficult.

“You get a big crowd for a new event, but here you can see they are behind us, which is good.

“The governor of Texas (Rick Perry) said we are going to get a bigger crowd next year. He’s confident of that.”