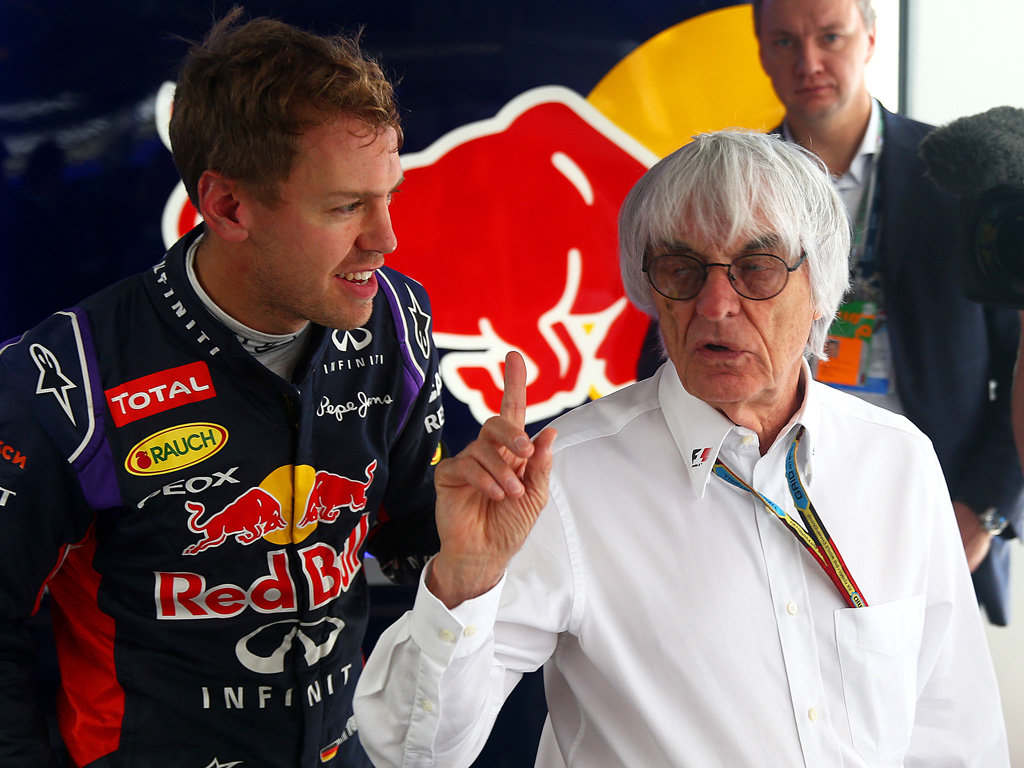 Bernie Ecclestone admits he was disappointed by Sebastian Vettel’s attitude this season, saying he “acted like a defeated guy”.

After winning four consecutive Drivers’ Championships with Red Bull, the 2014 campaign turned into one to forget for Vettel as he failed to win a race to become the first driver since Jacques Villeneuve in 1998 not to claim victory the season after securing a title.

Most of Red Bull’s problems this year were blamed on the V6 turbo hybrid engines supplied by Renault, but his new team-mate Daniel Ricciardo still managed to claim three race victories.

F1 supremo Ecclestone has made no secret of the fact that he is a big Vettel fan, but he was left disappointed by the German.

Commenting in the official Formula 1 Season Review 2014, the 84-year-old said: “I’m a super supporter of Sebastian, but I’m a little bit disappointed with his attitude, which I think has changed.

“He’s acting like a defeated guy, and he isn’t – that’s not his mentality.

“He’s a competitive guy. He doesn’t like losing at backgammon. Unfortunately, when he plays me, he does.”

Fernando Alonso, who left Ferrari at the end of the season after another difficult campaign, is another one who has been criticised by Ecclestone.

“Fernando got a little bit like Sebastian halfway through, so I’m a little disappointed in him, too.”