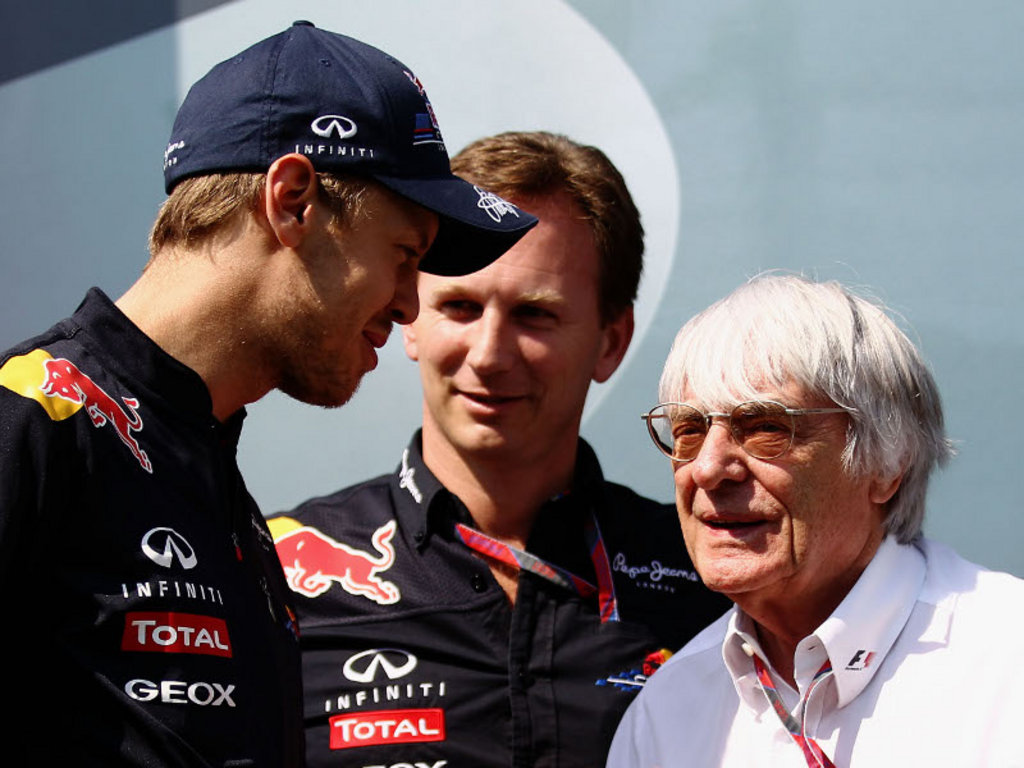 Sebastian Vettel may have claimed six victories out of a possible eight, but Bernie Ecclestone insists his dominance doesn’t make for dull viewing…

Sebastian Vettel may have claimed seven pole positions and six victories out of a possible eight, but Bernie Ecclestone insists his dominance doesn’t make for dull viewing.

Red Bull – and Vettel in particular – have conquered all before them this season, with the team 89 points ahead of McLaren in the Constructors’ standings and Vettel 77 points in front of second placed Jenson Button on the Drivers’ table.

With the Milton Keynes-based squad superior race after race, many have suggested that the season has become boring with results a near foregone conclusion. Ecclestone vehemently denies such suggestions.

“Sebastian is in a similar position as Michael (Schumacher),” he told the official Formula One website.

“Sebastian is the best right now and that’s why he is dominating, and that’s what makes it so interesting for the fans, because every race weekend starts with a big question mark – who will be able to beat Vettel? That’s why fans tune in.”

The F1 supremo went on say that he sees Vettel’s dominance as being an even more impressive feat than that achieved by Schumacher during the mid 1990’s to the mid 2000’s.

“The competition Sebastian is facing is much bigger than that confronted by Michael,” explained the Briton.

“That makes Seb’s wins even more noteworthy. I don’t see a reason why there shouldn’t be a Red Bull era just as Ferrari had theirs with Michael.”

Such is the 80-year-old’s admiration for Vettel that he has praised the young German for the manner in which he has taken on the role of ambassador of the sport in the wake of his World title win last year, a role that Ecclestone feels others have fallen short in.

“Well, the first thing is that I don’t like that some of the drivers are completely under the thumb of their teams and sponsors. With Sebastian it is different. He is still his own master, which is obviously also because Red Bull and Didi Mateschitz allow it,” he said.

“Every Formula One driver – and especially the Champion – owes his success, his money and his popularity to the sport. That is why he ought to give something back – to be open and accessible. That’s why I complained about Fernando Alonso who in my view didn’t represent Formula One well enough,” he added.