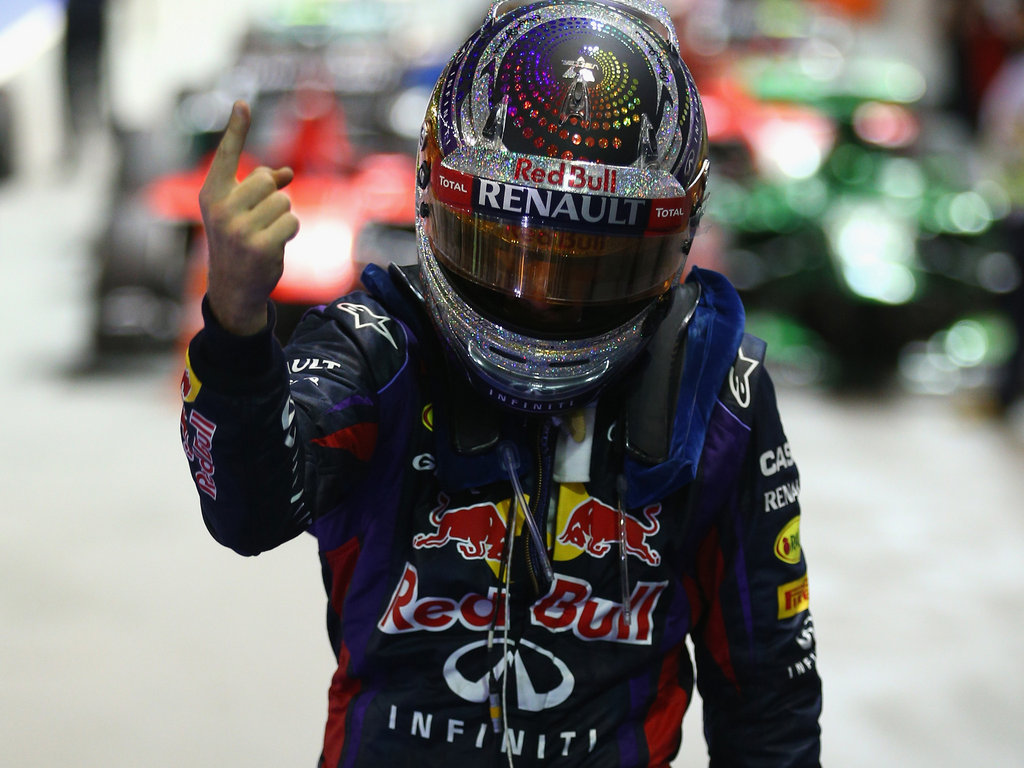 Seb Vettel’s rivals may be worried that they might never win titles again, but Bernie Ecclestone is convinced his dominance won’t last much longer…

Sebastian Vettel’s rivals may be worried that they might never win titles again with the German around, but Bernie Ecclestone is convinced his dominance won’t last much longer.

The Red Bull driver was in a class of his own in Singapore on Sunday as he won by more than 32 seconds and leave rivals Fernando Alonso, Kimi Raikkonen and Lewis Hamilton in his wake.

His victory helped him to open a 60-point lead at the top of the standings and all but secured him a fourth consecutive World Championship.

However, F1 surpremo Ecclestone is confident the Vettel era won’t go on forever.

“That will be the chance for Ferrari and Mercedes to catch up with Vettel. Next year it might not be the best driver but the best car that wins the title.”

Vettel was once again booed on the podium in Singapore, but Ecclestone believes it was down to his dominant display.

“He doesn’t give Fernando Alonso and Lewis Hamilton a chance, he’s as dominant as (Ayrton) Senna or (Michael) Schumacher in certain periods.”