Home Uncategorized Bernie: Would be a shame to see Dennis go 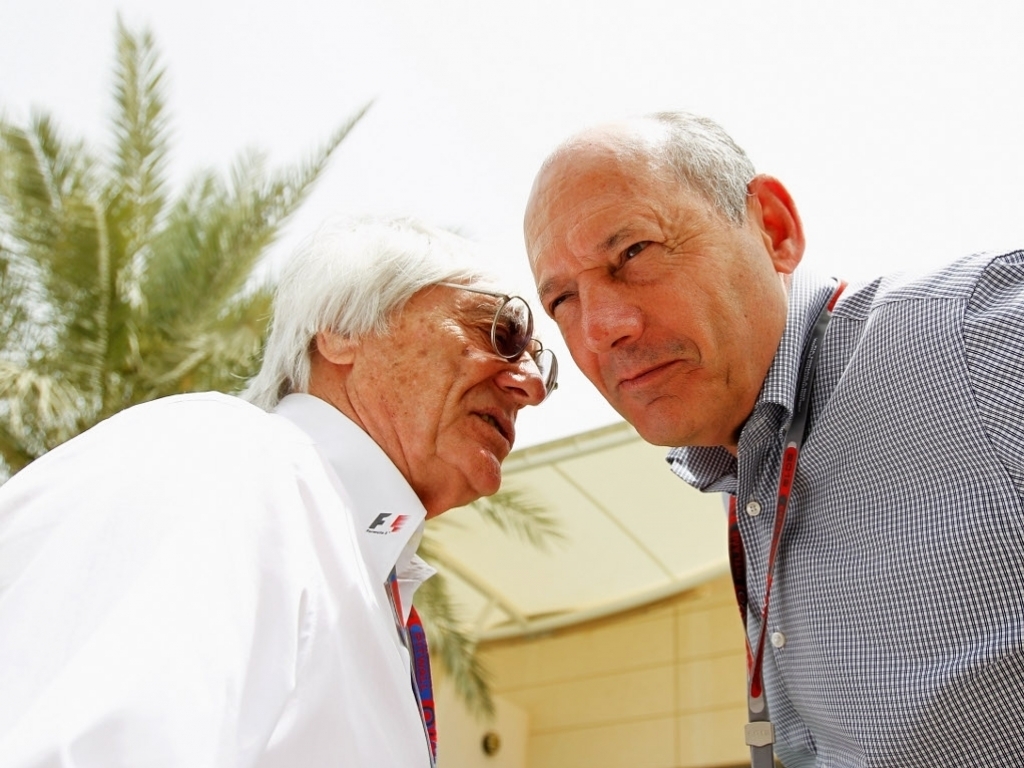 Bernie Ecclestone says it would be a “shame” to see Ron Dennis go as rumours emerge linking Zak Brown to his CEO position at McLaren.

According to BBC Sport, Brown has “been contacted by McLaren” as the company seeks to replace Dennis.

This comes after reports claiming that the McLaren stalwart has had fallen out with long-time business partner, Mansour Ojjeh, which means McLaren will not be renewing his CEO contract when it expires at the end of this season.

One person who will be sad to see Dennis go – should it happen – is F1 supremo Ecclestone.

“Anyone that chucks him out is stupid.

“He’s dedicated. I think we ought to try and support him so they don’t get rid of him.

“It would be a shame to see him go. He’s one of the good old timers.”