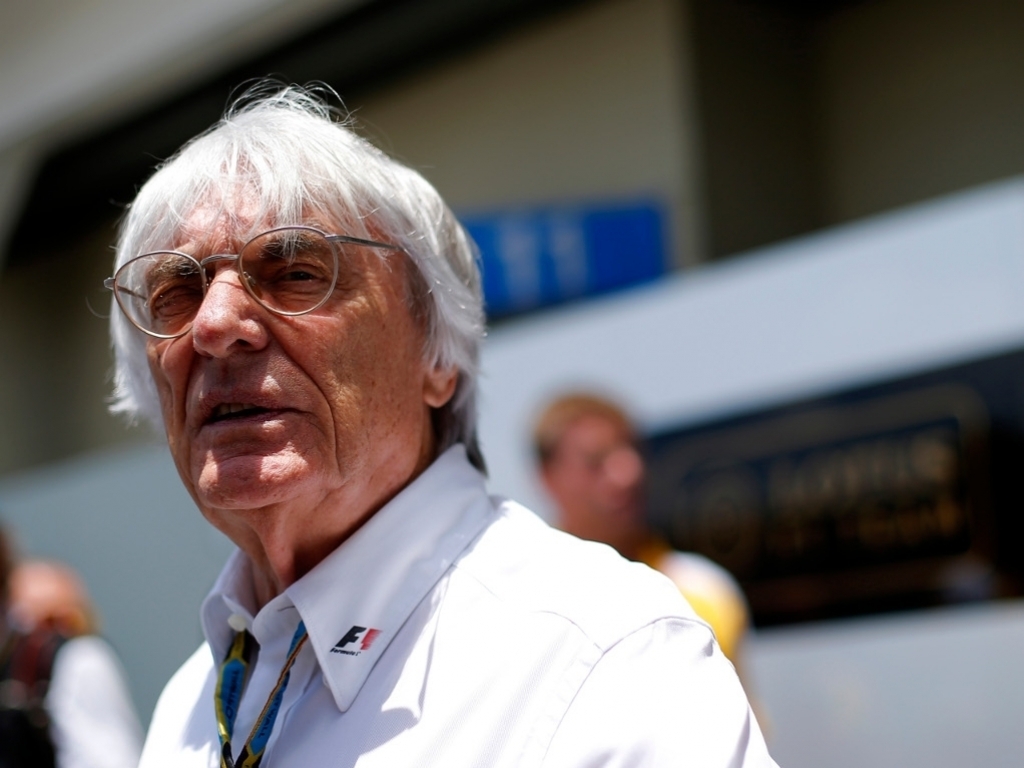 It’s a fact of life that the older we get, the more our mental faculties fail us. Bernie Ecclestone has had some brilliant and innovative ideas in the past, but as time goes on, we’re getting more and more of the stupid one.

* Having invested in the technology to create the new V6 hybrid power units, Bernie’s latest idea for the teams is a return to modified V8s to produce 1000BHP. Part of it is down to the fact that his hearing is pretty bad after a lifetime spent mostly around the Cosworth power unit, and that he doesn’t have a true awareness of how loud the engines are. Part of it is down to the fact that he hates teams moaning about money, when a lot of it goes on the £18m-a-season engine units and he doesn’t want to give them any more.
The cost of re-adapting cars and re-tooling factories would be enormous, and as a businessman who ran his own team in the past he must know that the costs of development of the V6s have to be spread out over a long period of time. At Brabham he used to put a timer on the light switch in the toilet so nobody lingered there too long.

* Bernie also has the idea that he doesn’t need to get young people interested in the sport by using social media and putting F1 onto platforms he doesn’t really understand. He’s not interested because they don’t have the money to stand in The W*nkers Club – sorry – The Paddock Club, and compare Rolex watches. Thus the future fanbase of the sport is being totally ignored.

* One of the most stupid ideas was double points for the last race of the season – maybe even the last three races of the season. Given the widespread reaction against it, it’s amazing that team bosses like Christian Horner actually sat in a room and said ‘yes Bernie’ when he suggested it. And he’s still going on about it, even at the Malaysian GP.

* And what about the idea that in races there should be no points, just Gold, Silver and Bronze medals? The winner of the World Championship would be the person with the most Gold medals. If that was enforced, then Lewis is just six races away from becoming World Champion.

* Now he’s taking a tough stance about negotiating with Monza to host the Italian GP. The idea of not racing at Monza is not one the sport should contemplate. Ecclestone in the past has said “nobody thought we would drop the French GP but we did.” However the French GP was raced at a circuit in the middle of nowhere, that nobody liked, reputedly built where it was as a political favour. Monza is the spiritual home of motorsport. If Monaco can get their race for nothing, then Monza should too.

* Bernie thinks that there should be a Women’s World Championship as a support race to the main event. Worse, Lotus development driver Carmen Jorda agrees: "F1 is unique as the only top level sport where men and women (are expected to) compete against each other and this is not right," Jorda told Gazzetta dello Sport. “A female tennis player can win a tournament, but a woman will never win a Grand Prix. It’s like asking Serena Williams to beat Roger Federer. It’s not part of nature."  That’s true. But saying that women are not strong is rubbish – in a trial of strength who would she back: Felipe Massa, Will Stevens, Nick Heidfeld, Ant Davidson, Takuma Sato, Sergio Perez, or Serena Williams…?

* Arsenal don’t get extra money for being one of the oldest clubs in the Premier League, their prize money comes from where they finish.  The New York Yankees don’t get paid extra money for being one of the oldest teams in baseball’s MLB. Both clubs have created a strong brand and both make more money than most by marketing that brand superbly. Ferrari are by far the strongest motorsport brand in the world, leagues ahead of anyone else, yet in the last round of prize money negotiation Ecclestone once again endorsed an extra payment to them just for turning up. Does this make F1 a sport?