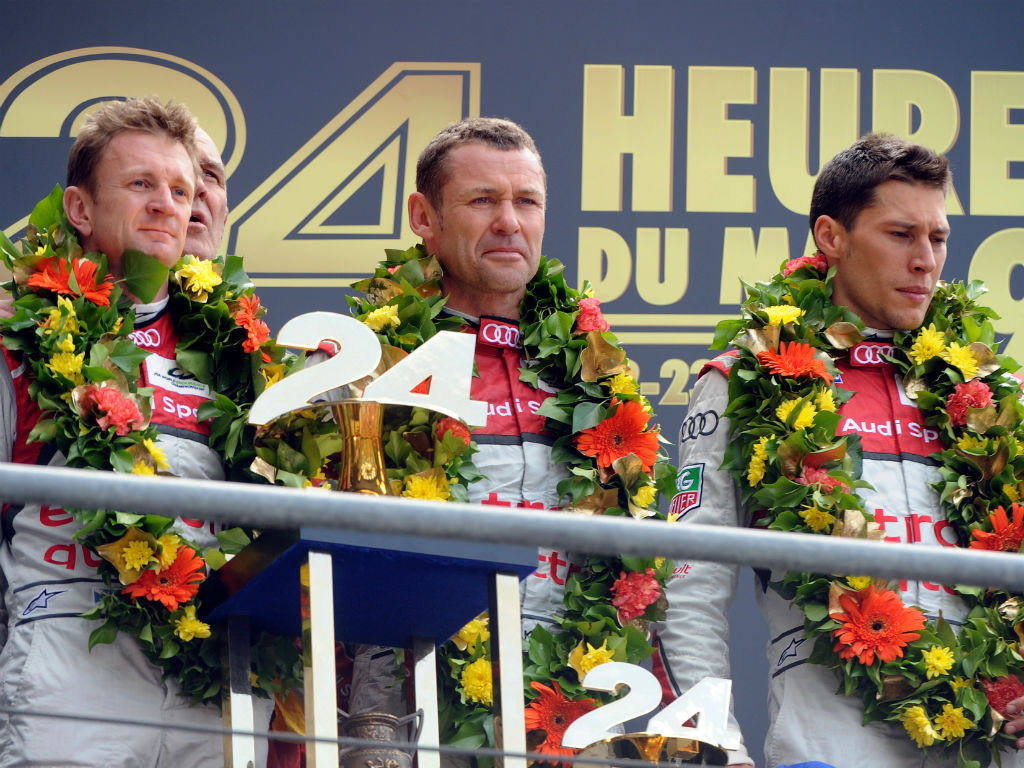 The immensely likable “Three-Time Le mans Winner” Allan McNish was all over the BBC coverage this year – on Radio 5 Live, on the television coverage; he was in the ‘comm box’ or out at the track, or lurking round the paddock. He couldn’t match the sheer poetry and invention of long-time pundit Eddie Jordan, but he picked up many STBO awards (Stating The Bleedin’ Obvious) along the way.

Here’s the best of his quotes.

Before the Abu Dhabi Grand Prix: “Williams are hoping they can have a sniff of something high up on the podium today.”

Talking about Max Verstappen queue-jumping other drivers in the Red Bull young driver programme: “They’ve all been gazumped by a younger driver who’s put them on a sticky wicket whatever the state of play is…”

“It’s a bit like if you put your hand on top of a sponge and move it around – that’s what the back end of a car feels like when your tyres are over the limit.”

“We’re looking at Nico Rosberg who’s just put his helmet and his hands on.”
STBO Award
“Lewis Hamilton’s got a flatsport on his front tyres and Nico Rosberg’s got problems with his rear tyres at exactly the other end of the car…”
“Jenson Button flatspotted the tyre and took it right down to the canvas – and he made that tyre in-usable.”

Talking about a Lewis Hamilton brake failure: “Yes, it must have been a front right brick disk…”

He took the word ‘eeking’ to his heart and wanted to use it whenever he could: “Valtteri Bottas is just eeking into the back of Lewis Hamilton.”

“There’s a big big slide from one of the McLarens…actually it’s a Toro Rosso as it’s came onto the back straight.”

Allan introduced us to a new phrase that Eddie Jordan would have been proud of: “He’s staring down the back of the barrel in 4th place…”

Commenting on the increasing appearance of the McLaren boss in the pits: “As Ron Dennis looks on with an impassioned expression – a stoney face.”

“He went and locked up the inside runt tyre.”

After the Spa debacle: “I’d like to be a fly in the wall of the Mercedes debrief,” confided Allan. Although ‘on’ the wall would probably be more alive and able to hear.
STBO Award
“It’s going to be hard in 2015 – they’ve got five engines – that’s the internal combustion engine…”

STBO Award
When Valtteri Bottas lost part of his engine cover on the Hangar Straight, Allan thought he better fill us in on its function. “The engine cover is very light. It’s made to – well – cover the engine.”

“They really need to concentrate on qualifying, that’s one of their Achilles heels.”

“Kobayashi did that this morning – he leapt-frogged the chicane.”

STBO Award
“He’s adjusting some adjustments on his steering wheel.”

People were losing it on the streets of Monte Carlo and Allan joined in by losing the letter ‘s’ off the Williams team : “People are looking down from the balcony at Rascasse right down into the cockpit of Valtteri Bottas’s William.”

And you can see why they made Allan a driver steward; Allan to Mercedes’ team chief Paddy Lowe – “It looked clearly like the cars were racing against each other.”
Coming soon – Best of David Coulthard