Home Uncategorized Best qualifying of the year for Sauber 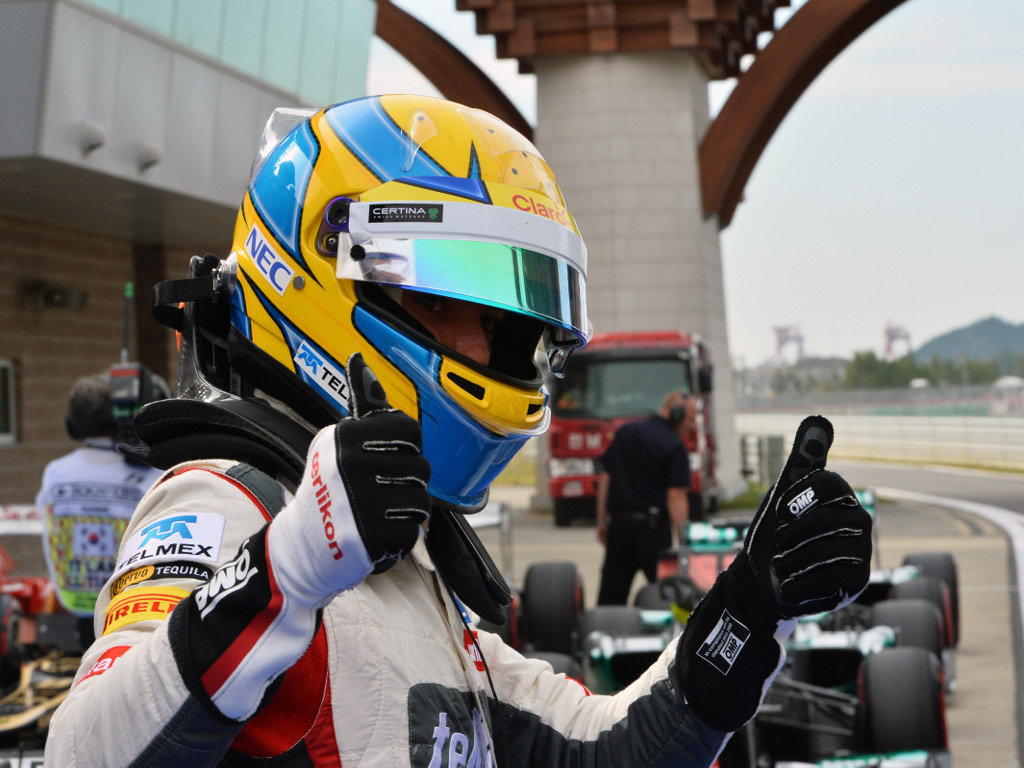 Sauber team boss Monisha Kaltenborn celebrated after both Nico Hulkenberg and Esteban Gutierrez qualified inside the top ten in Korea.

For the first time this season both drivers excelled in qualifying with Gutierrez making his first appearance in Formula One’s top ten shoot-out.

The Mexican rookie brought his C32 home in ninth place, one place and 0.168s behind his more experienced team-mate.

“This was our best qualifying result this year, and so we are very happy about that,” said Kaltenborn.

“It confirms our strength and our performance shows we have improved the technical side of the car. I am all the more happy about the fact this time both drivers were able to use the car’s potential.”

Meanwhile Gutierrez is hoping to turn his good qualifying into a “consistent race” – and maybe even his first World Championship points.

“The communication was very good today, a big thank you to the entire team,” said the rookie racer. “I’ve improved my qualifying and once you have both cars working on a similar level you can push yourself a lot more.

“This is the first time I have driven here, so it is great to achieve a result like that.

“It is now the second time in a row I have been able to put in a good qualifying performance and that is a good feeling, because I have worked a lot to improve. The race will be interesting.

“The track temperature changed in Q3 and I had a bit of an issue with the balance of the car, and the front grip. Tomorrow will be similar to today, so we need to consider that in order to have a consistent race.”