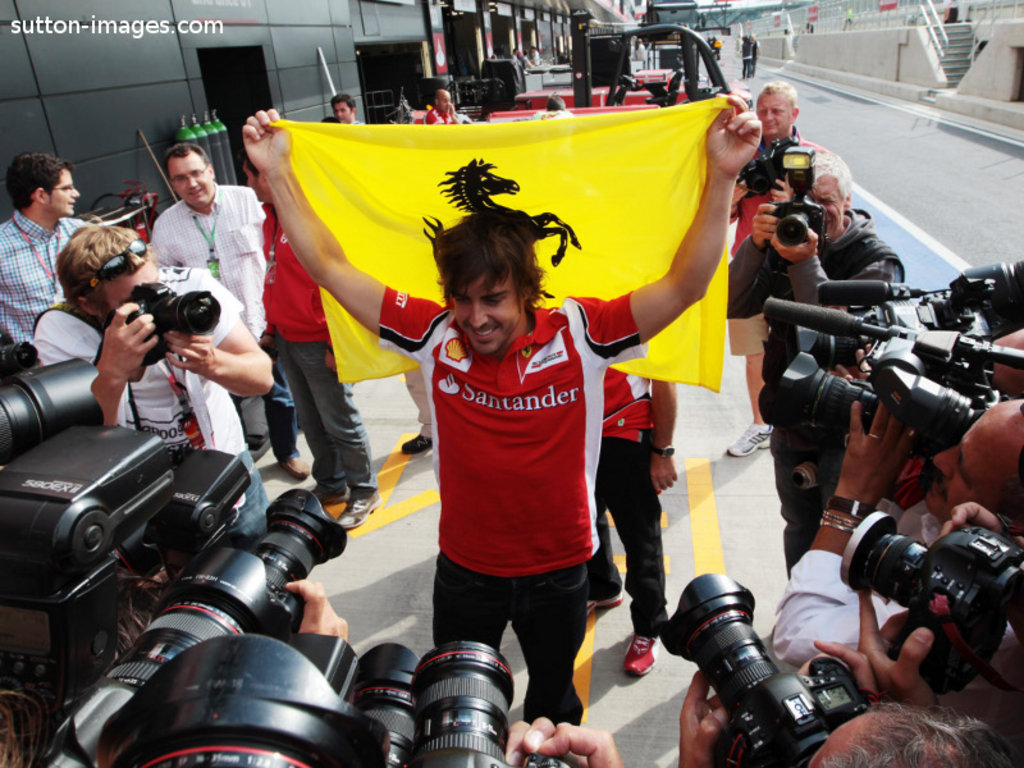 Fernando Alonso is 3/1 with Sky Bet to repeat his fantastic victory at Silverstone in this weekend’s German GP in Nurnberg.

For all the latest F1 odds on the next race at the Nurburgring visit Sky Bet.

The Spaniard drove superbly in the British GP and pipped the two Red Bulls to the chequered flag after qualifying in third.

Sebastian Vettel is the 11/10 favourite to win in his home country whilst his team-mate Mark Webber is a 9/2 shot after a disappointing race for the Aussie last time out in which he was asked not to overtake Vettel.

The McLaren was some way off of the pace at Silverstone and despite the team stating that they are “not intimidated” by Ferrari’s return to form it is still hard to see them improving to the levels needed in Nurnbeg.

Sky Betgo 11/2 about a Lewis Hamilton victory whist Jenson Button is 10/1, a victory for the McLaren car is available at 7/2

With rain expected over the race weekend and especially on the Sunday it looks increasingly likely that the Safety Car will be necessary, the odds on the safety car being deployed are even money whilst no Safety Car is an 8/11 shot.