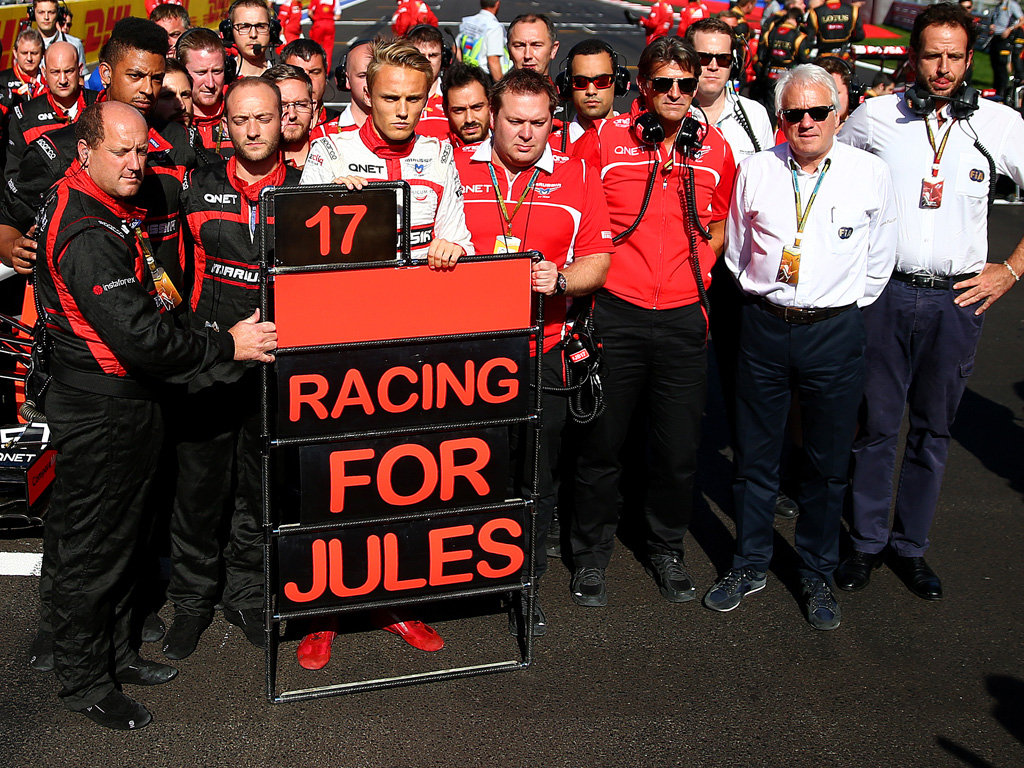 Jules Bianchi’s “situation remains challenging” following his accident at Suzuka, according to his Marussia team.

The 25-year-old suffered severe head trauma when he crashed into a recovery vehicle at the Japanese Grand Prix on October 5 and he remains in a critical but stable condition in hospital.

“The past nine days have been extremely difficult for Jules and his family,” a Marussia statement said.

“As a consequence of the accident at Suzuka, a number of medical challenges have needed to be overcome and the situation remains challenging due to the diffuse axonal traumatic brain injury Jules has sustained.

“Jules remains in a critical but stable condition in the Intensive Care Unit of Mie General Medical Center in Yokkaichi.”

Bianchi’s father, Philippe, revealed in an interview with Italy’s La Gazzetta dello Sport that they have received messages of support from across the globe, including F1 drivers and their MotoGP counterparts.

The family admits they are touched by the support.

“The Bianchi family continue to be comforted by the thoughts and prayers of Jules’ many fans and the motorsport community,” the statement continued.

“In particular, the many demonstrations of support and affection during the course of the Russian Grand Prix in Sochi were of enormous comfort to Jules’ parents and the relatives and friends also present at the hospital.”