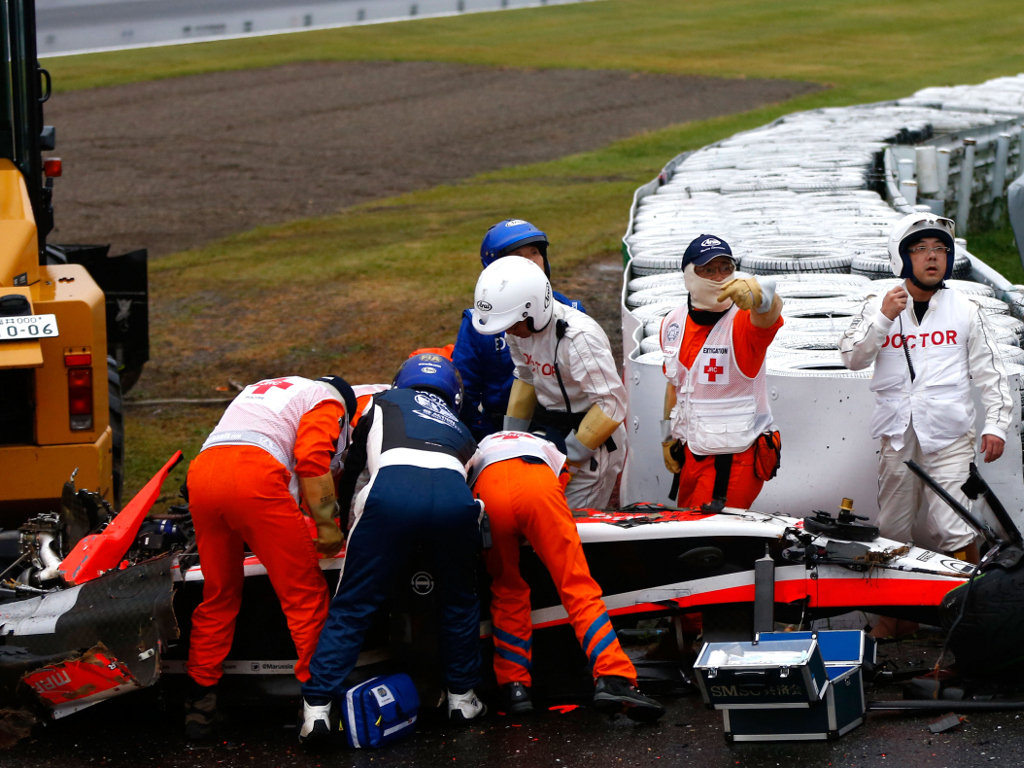 Jules Bianchi has been taken to hospital having hit a recovery vehicle, bringing an end to Sunday’s Japanese Grand Prix.

On lap 43 of the Japanese race, Adrian Sutil went off at Turn 7 as the rain came down at the Suzuka circuit.

A crane was quickly on hand to remove the stricken Sauber only for disaster to strike as Bianchi went off at the same corner.

The Marussia driver reportedly hit the crane, some reports saying side on.

An ambulance soon followed the medical onto the track and the race was red flagged.

Bianchi was taken to the track’s medical centre and from there he has been transported to a local hospital via ambulance as the circuit’s helicopter was unable to fly in the treacherous conditions.

“Driver is not conscious, he has been sent to the hospital by ambulance because the helicopter cannot go in these conditions.

“Further updates will follow – for the moment we cannot say anything. We will keep you updated as fast as we can.”