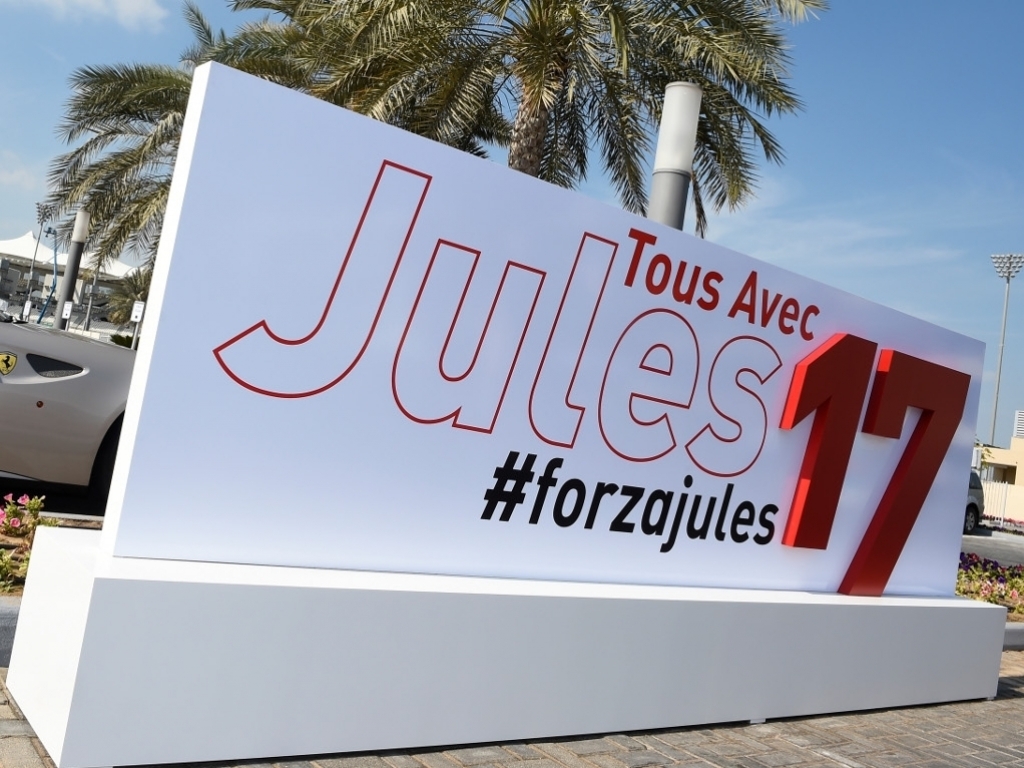 Jules Bianchi's father has revealed there has been no further progress in the Frenchman's recovery from a brain injury.

The 25-year-old suffered a severe head injury in last October's Japanese Grand Prix, when he slid off the track in the wet and hit a recovery vehicle.

Bianchi was initially placed in an artifical coma and although that has been lifted, he has yet to regain consciousness.

He remains in a hospital in Nice with Philippe revealing that as long as his son is fighting, there is hope.

"The first thing is that Jules is alive, that's the most important thing for us," he told Canal Plus television.

"He's fighting with the weapons that he has but in neurological terms I'm not sure he is able to do much now.

"Seeing him fighting gives a lot of hope to his loved ones and it's important for us.

"While there is life, there is hope, even though after a while you are hoping for a miracle. Every day is difficult.

"The situation is stagnant…when we get up every morning, we think of Jules' life but we think also of his death.

"We have to think about death because we are in a situation where we know a lot of things can happen.

"I think we all stopped living that day, the fifth of October. It's something you can never expect.

"It's not what Jules wants, being in a hospital bed. It's not his life, it's not what we want either. But we have to keep hope."

On the eve of Bianchi's points-scoring result in Monaco, Philippe has spoken of their joy as the Marussia driver raced to ninth place.

"It was Jules' dream to score points in Formula One, and he did it with Marussia.

"I was there and I was lucky enough, when Jules finished the grand prix, that I was the first person he took into his arms because I was on my own when he finished. Those are incredible moments."

He added: "Jules is here. Despite the (accident) he had, he's still here and he's fighting. I think all of these people thinking about him give Jules strength. I think he can feel it and it's beautiful. We're very touched by it."