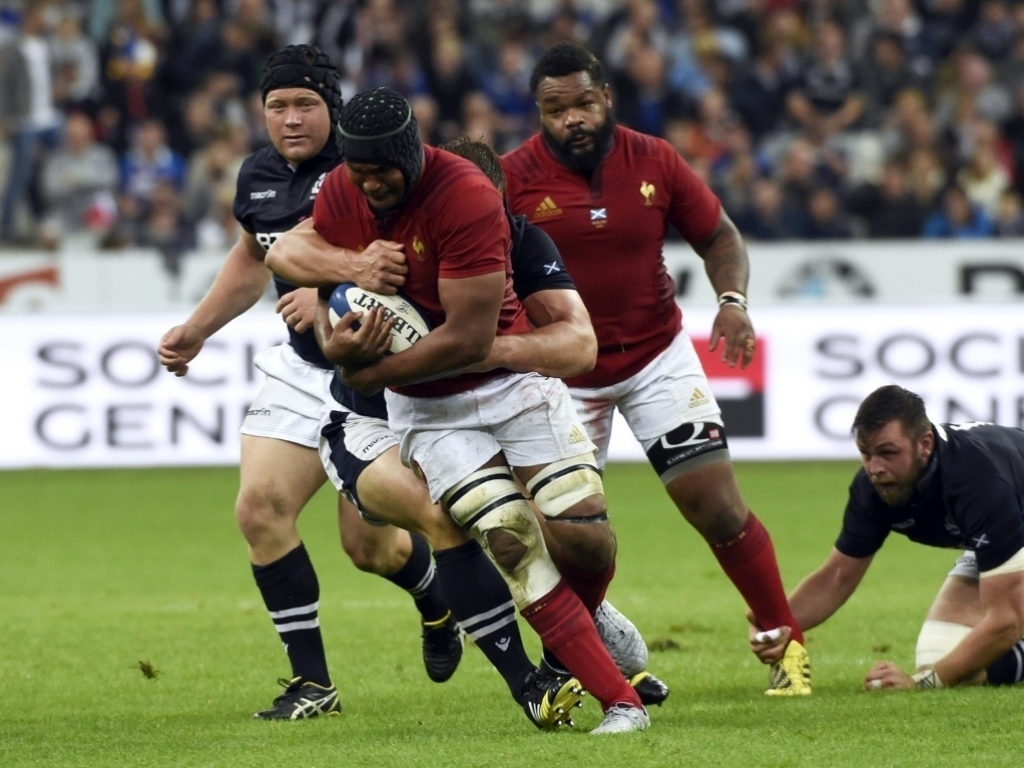 France needed a late try from Noa Nakaitaci to edge Scotland 19-16 in a hard-fought but scrappy game in Paris on Saturday.

Neither side will be overly happy with their final World Cup warm-up game as they managed a try apiece in a clash lacking in attacking endeavour.

Scotland led 9-6 at the interval thanks to three Greig Laidlaw penalties. The opening 40 minutes were short on highlights as France were unable to gain the breakdown ascendency they had enjoyed against England a week earlier.

Scotland were the better side in the first half but four consecutive lineouts lost on their own throw halted their momentum.

The visitors' rush defence kept the French attack quiet while Scotland were playing so far behind the gainline that France could easily organise their own wall.

France enjoyed 70 percent of the possession in the second half and briefly took the lead but the pattern continued in much the same vein after the break until a sucker-punch try via wing Tommy Seymour put Scotland in pole position around the hour mark.

The final 20 minutes produced a nail-biting finale as France hammered away to get the winner before Scotland tried to do the same at the opposite end.

Scotland were decent value for their 6-3 lead at the end of the first quarter, despite a series of lost scrums and lineouts.

Laidlaw and Frédéric Michalak traded penalties in an opening period marked by Scotland's intensity and France's domination at the set-piece, although the hosts seemed happy to kick possession away.

Neither side had threatened to score a try when Michalak drew les Bleus level on the half-hour mark but France looked to have scored the first try when Wesley Fofana crossed in the corner with half-time looming large. Referee Wayne Barnes ruled that the final pass from Mathieu Bastareaud had gone forward though, much to the home crowd's displeasure.

It was a marginal call and it meant the Scots could snatch the lead just before the break as Laidlaw added another three points from a ruck penalty.

Michalak opened the scoring from the tee in second half to level matters once again before Scott Spedding landed a monster penalty to put France in front around the hour mark.

The opening try would come shortly thereafter as Scotland used turnover possession to devastating effect. With no one at home at the back for France, Laidlaw kicked long for Seymour to chase and the wing only had to avoid the desperate dive of the flailing Spedding before trotting around behind the posts untouched.

France then camped in the Scottish 22, using their superior scrum to keep the visitors under the cosh. With Dave Denton in the sin-bin for killing the ball on the deck, the damn wall finally burst as Nakaitaci profited from Bastareaud's dummy run to collect an inside ball from Rémi Talès and charge over.

Morgan Parra added the conversion meaning Scotland needed more than three points to win. And they amost snatched a late try but, with the French defence exposed and ripe for the picking, Matt Scott threw a woeful pass that ended their hopes.

Man of the match: A mention for Damien Chouly who was good at lineout time but Yoann Huget was the most exciting player on the field and the only Frenchman to show any real flair.

Moment of the match: Only one option here as Nakaitaci's try was greeted by wild cheering.

Villain of the match: No nasty stuff to report.