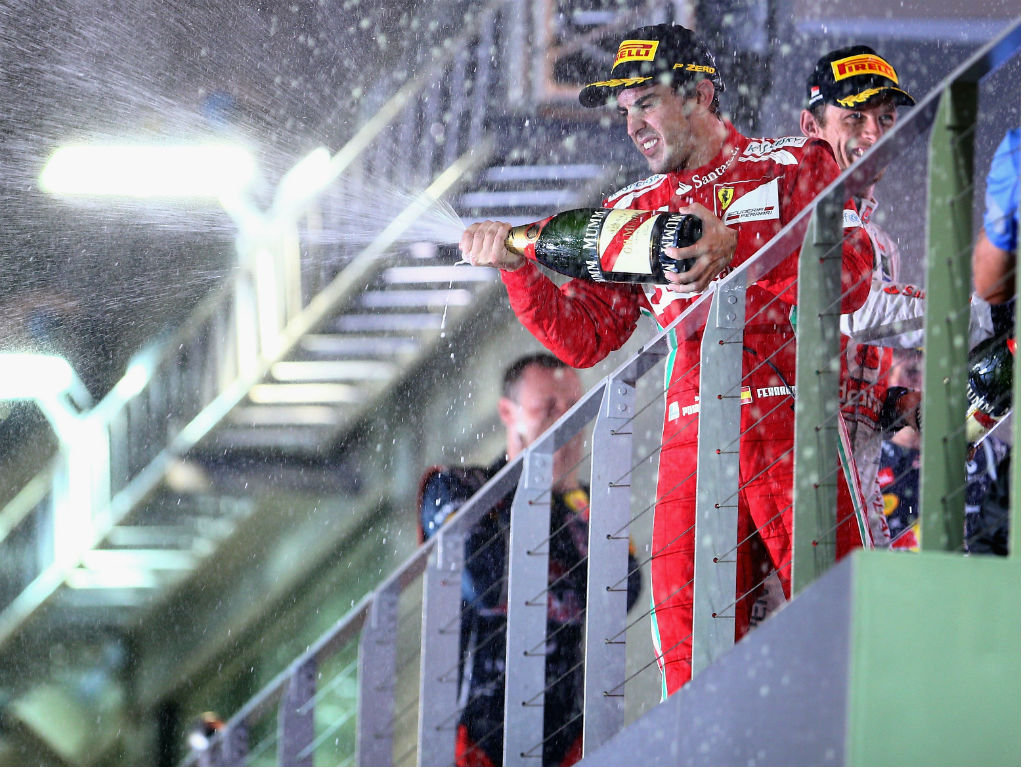 Stefano Domenicali concedes Ferrari need to find some pace as while they could win the title without winning another race, a fourth would help…

Stefano Domenicali concedes Ferrari need to find some pace as while they could win the title without winning another race, a fourth triumph would help.

Despite leading the Drivers’ Championship by 29 points over Red Bull’s Sebastian Vettel, Fernando Alonso has not won a grand prix since July’s race in Germany.

It’s a tentative situation for the Italian stable as their rivals Red Bull and McLaren have stormed ahead in terms of pace, leaving Ferrari to play catch-up.

“It is fundamental to give to Fernando an improved car in certain conditions,” Domenicali told Autosport.

“We have to make sure that Fernando can win again up until the end, otherwise it [the title] will be very difficult.

“Then we would have to rely on the problems of the others, which is not the right thing to say or to do at the moment.

“[Winning the championship without winning another race is] not impossible, because you can never say never, but for us it is fundamental that he is able to win more races from here.”

But while Ferrari may not have the pace, they have some of the best reliability with Alonso’s only DNF of this season coming in Belgium when he was taken out by another driver. Other than that, the Spaniard’s only issues have materialised in practices or qualifying.

The same, though, cannot be said of their rivals with both Red Bull and McLaren losing victories when their cars have failed.

“Reliability for me is the fundamental aspect up to the end of the season,” Domenicali said.

“We know that we have suffered problems in Monza, we know we could have had some other problems in Singapore, so we need to wait and see, but this is a priority.

“We know that the points are the things that count so, if you have a reliability issue, we know at this stage of the season it [the penalty] is very heavy.

“Do not forget that now we are in a situation where the engine will be short for everyone – mileage will be important. So there is something on that side of the cake that is very, very crucial.”