Home Uncategorized Bosses: Duo must sort themselves out 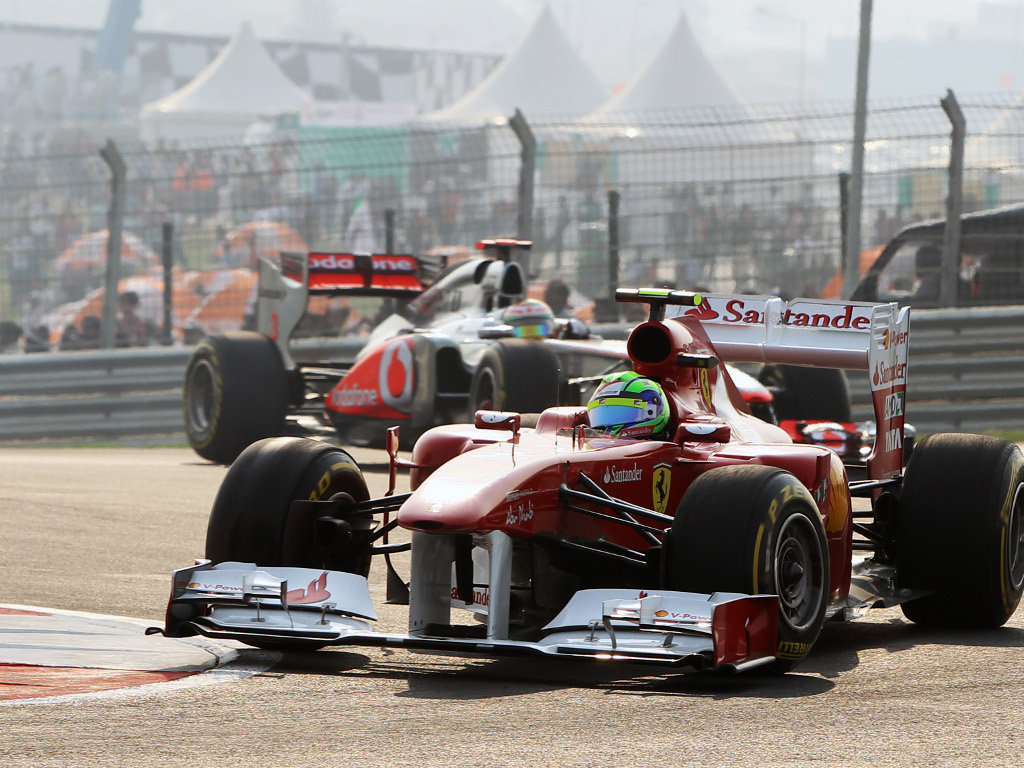 McLaren and Ferrari have told the feuding Lewis Hamilton and Felipe Massa to “figure it out” after yet another incident in India.

The clashes between Hamilton and Massa – totaling six – have became the standard joke in Formula One this season, only it’s no longer funny as the deaths of two races in less than a month in other series have highlighted.

And yet, despite honouring Dan Wheldon and Marco Simoncelli with a minute’s silence before the start of Sunday’s grand prix, they were at it again.

This time it was Massa who was deemed by the stewards to be at fault with the Ferrari driver slamming the door shut on the front of Hamilton’s McLaren.

But, no matter who is to blame, McLaren team boss Martin Whitmarsh says it’s time for the two to be “man” enough to sort it out.

“Clearly Lewis and Felipe are magnetic,” he said.

“They’re young drivers, but they’re not that young. They’re men and they have to figure it out for themselves.

“It would be nice if we had a situation where they’re not drawn together magnetically on the circuit and we didn’t have these incidents.

“I have discussed it with Ferrari, but I think it’s got to come from them. This is not the time.

“If I arranged for the two of them to shake hands outside the garage you would all take a picture and have a laugh about it.

“You (the media) don’t want that, unless it’s to take the mickey out of it, so as I say, they’ve got to sort themselves out.

“I think underneath it all they’ve a certain amount of respect, but it’s one of those years where they’ve been coming together too frequently.”

“We can sit down together and play cards but it will not solve the issue. One thing that is crucial in my view is that we need to make sure there is a coherent approach from the stewards about things that happen on the track,” he said.

“We cannot avoid the fact there were a lot of kisses between them on the track. We cannot have these things being bigger than they are because they will be on the mind of the drivers, which is not good.”

However, the Italian also insists his driver was not at fault, despite what the four-men stewards’ panel believes.

“Our reasoning was that he had the line to get the corner,” he said. “You may have a different opinion, but it is what I feel.”

Related Link
Lewis: I tried to reach out to Massa
Massa: I have nothing against Lewis