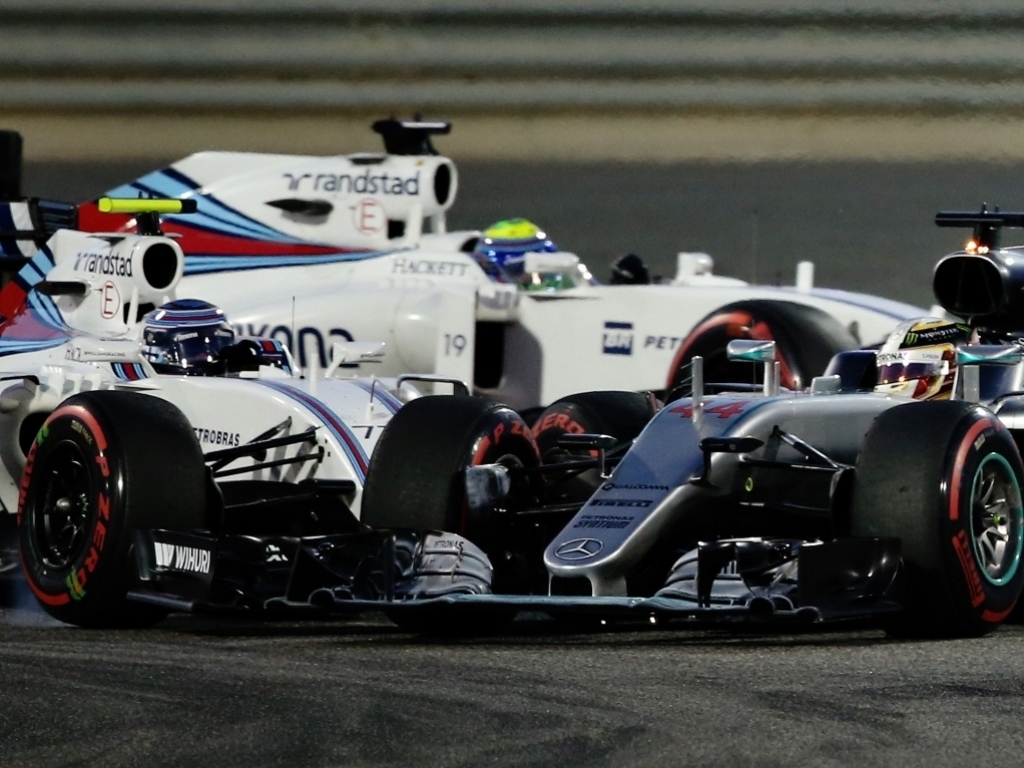 Valtteri Bottas admits it was a “shame” that he was penalised in Bahrain, and that his mistake also cost Lewis Hamilton.

The Finn was slapped with a drive-through penalty after clashing with Hamilton through the opening corner at the Sakhir circuit.

Bottas was deemed responsible for the contract, which pitched Hamilton sideward and dropped him down the order.

And although Bottas was running as high as P3 in the opening stint, a drive-through penalty meant he too lost ground.

The Williams driver recovered to finish P9 and was later informed his clash also earned him two penalty points on his license.

“To be honest I wasn’t trying to pass him,” Bottas told Autosport.

“I was more focused on the cars behind and not to let anyone try to pass me from outside or inside. That’s why I had to brake late.

“That has happened to me before when I’ve been too conservative and someone has passed me either on the inside or outside.

“It just caught me out then, going into the corner how tight they were keeping the line and how much they stopped their cars at the apex.

“I don’t think they expected me to be there.

“It’s a shame. It cost me places in the race today and also a shame for Lewis.”

Asked whether he was surprised that he had received a penalty, he said: “I have to say I am a little bit.

“But I need to have a better look to see if really I need to look in the mirror and swallow my mistake.”