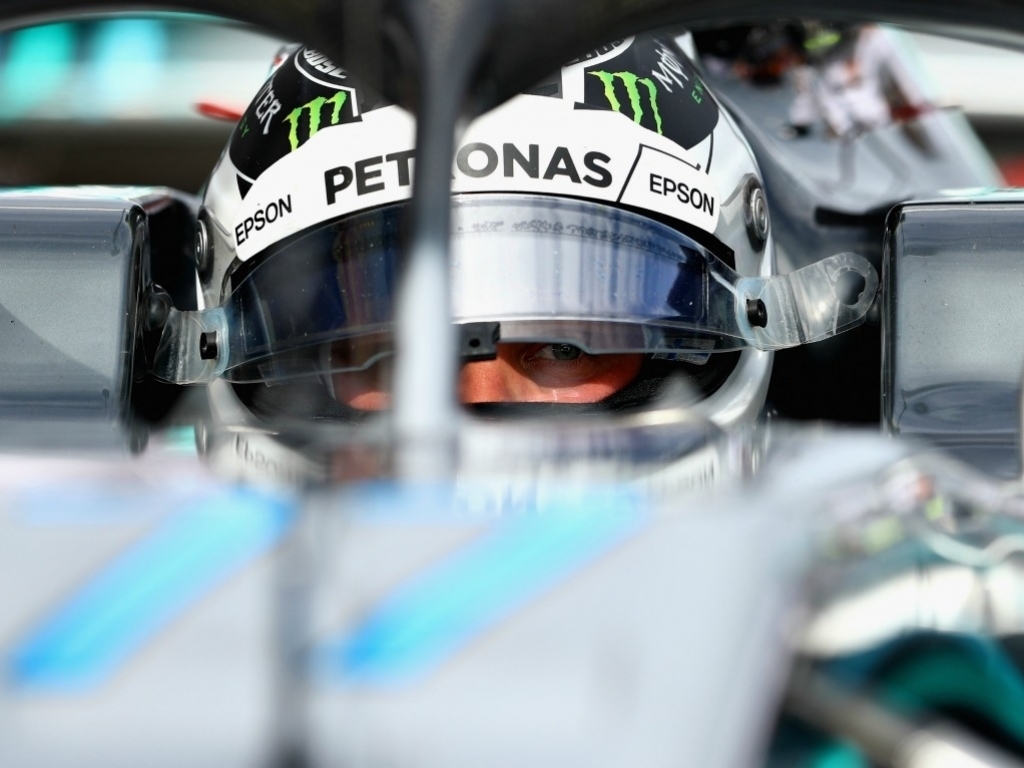 Valtteri Bottas has said a "damp" part of the track was to blame for his sudden crash which resulted in an early exit from Q3.

Drivers were preparing for their first hot laps of Q3 when Bottas took too much kerb on the entry to Turn 1 and was forced wide at the immediate second turn.

The Finn lost control on the exit and slammed into the barrier, racking up a serious amount of damage to his W09 in the process.

"I used a bit more of the track on the exit of Turn 1," Bottas explained in the paddock. "I went a bit too wide and just a bit surprised [with what happened next].

"I think the track was still a little damp from the rain we had previously.

"I lost the rear of the car and tried to correct it but it all happened so quick and there was nothing I could do.

Bottas was not able to set a timed lap at all in Q3 and is facing the prospect of at least a gearbox change which would result in a five-place grid penalty.

But he is not losing hope about Sunday's race and still feels he can turn his fortunes around.

"We approach tomorrow with a fighting spirit," he added.

"Points are given on Sundays, not Saturdays, so we're going to give it our all and get as high [up the leaderboard] as much as we can."