Home Uncategorized Bottas feels Red Bull are ‘out of reach’ 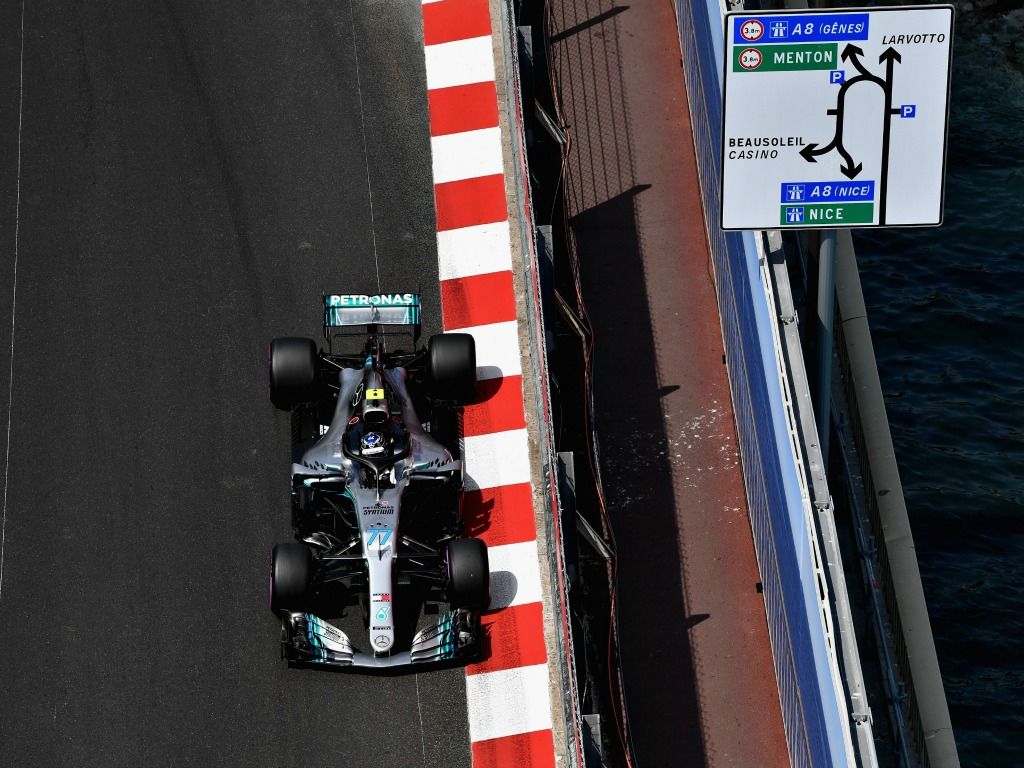 Valtteri Bottas has said that Red Bull are “out of reach” in Monaco after Daniel Ricciardo trounced the field in qualifying.

Both Ferrari and Mercedes have proven to be no match for Red Bull thus far, with Bottas only able to qualify in P5 for Sunday’s race.

He is relieved, however, that one Red Bull driver, Max Verstappen, is seemingly out of the picture following his crash in FP3.

“It’s a good thing for us that one of the [Red Bull] cars is behind,” Bottas said via Sky Sports.

“We got lucky there. There are so quick here and out of reach.”

Bottas was noticeably struggling for pace throughout qualifying, and he elaborated on those troubles back in the paddock.

“I’ve not felt 100 per cent comfortable with the car,” Bottas added. “But we knew it was going to be difficult [here].”

“I think we got the set-up much better than yesterday [meaning Thursday] and it felt a lot nicer to drive.

“But the main limitation was grip rather than the balance. I felt we were just sliding around and lacking grip.

“I haven’t compared my lap to Lewis’ but there was a couple of tenths I think.

“Final practice was a bit messy too but, I don’t know, we will see what happens tomorrow, anything can happen.”

Bottas’ team-mate Lewis Hamilton is a couple of places up the road in P3, with Ferrari’s Kimi Raikkonen sandwiched in between.