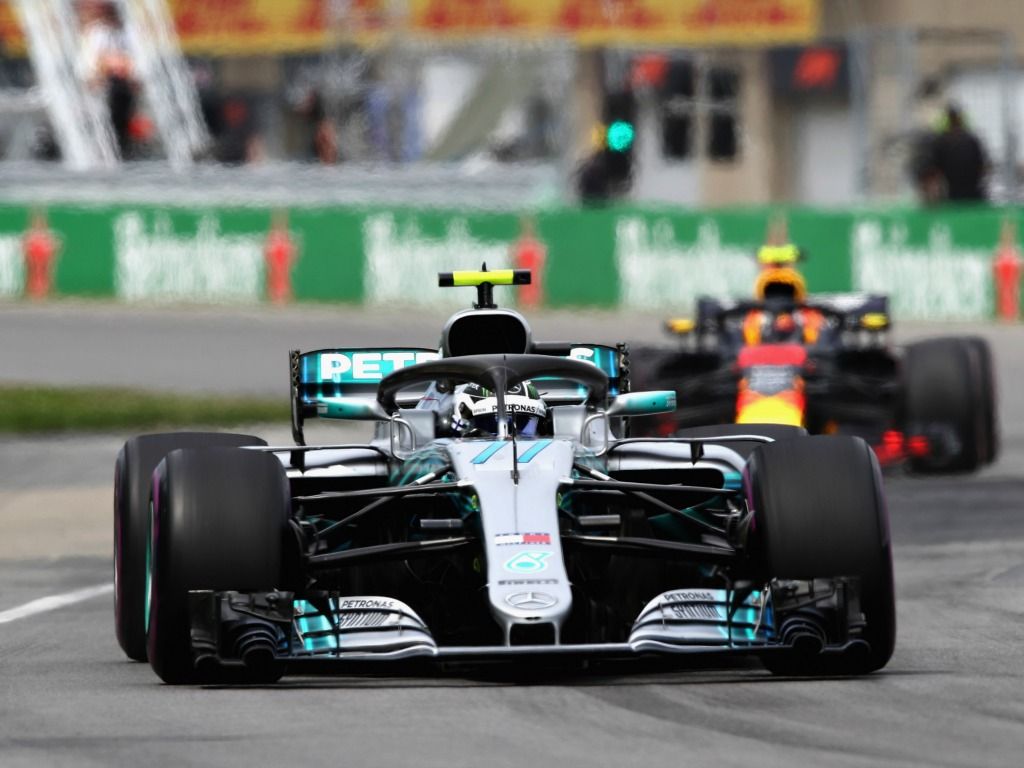 Valtteri Bottas conceded he had no answer to Sebastian Vettel and Ferrari in Canada, with P2 being the “maximum” result.

Bottas was forced to defend hard from Max Verstappen at the start and finish of the race, but undid his good work trying to narrow Vettel’s lead with a mistake at Turn 2 when negotiating traffic.

But Bottas said that the race win was never really a realistic aim and the most enjoyment came from fighting Verstappen.

“Since lap 1 really they seemed to be a bit quicker all the time,” Bottas said. “They could kind of control the race.

I think this was the maximum today. Yesterday there was about a hundredths of a second so maybe from pole it could have been different.

“But from P2 today I think we maxed out. I’m happy for that – but I’m not happy we were behind.”

“I think the most exciting part was really the start,” he added.

“Just trying to defend my second place as hard as I could. I think it was really cool racing with Max there into turns 1 and 2.

“I’m happy I ended up ahead of him!

“After that, we were just trying to put pressure on Sebastian. We couldn’t really, we didn’t have enough pace.”

Bottas also explained why Verstappen was able to re-assert pressure on him in the latter stages.

He said: “We were really pushing on it and we got a little into trouble at the end with running out of fuel.

“I had to save a massive amount the last few laps, and that’s why Max got so close.”