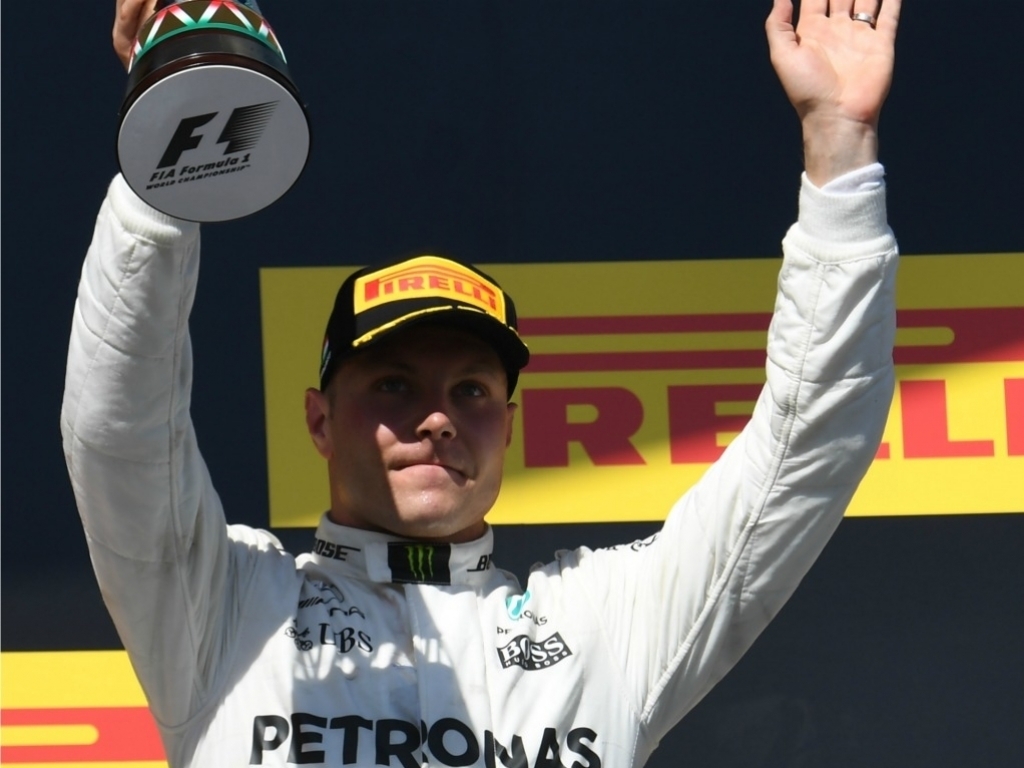 Valtteri Bottas has thanked Lewis Hamilton for keeping to his word and letting him re-take the final podium spot at the Hungarian Grand Prix.

A steering issue for Sebastian Vettel brought both Mercedes cars back into contention as a faster Kimi Raikkonen continued to be held up in second place.

Hamilton was also managing to lap much quicker than his team-mate after the pit-stops and was allowed to pass Bottas in order to try and take the fight to the Scuderia.

However, despite getting in DRS range several times, Hamilton was unable to overtake Raikkonen and consequently he gave Bottas the third place back on the final corner of the final lap.

“Thanks to Lewis for keeping the promise and letting me by in the end because I gave him the shot to try and get past the Ferraris," Bottas said.

“It's a shame, we had good pace in the end but with the starting position, couldn't get any better.”

“Ferrari seemed to be really strong on the supersoft but then the issue of Sebastian [Vettel] made it more interesting.

“We were struggling with radio communications, I don’t know what the issue was, but anyway, I was trying to get close enough to Kimi to attack.

“But, there was no opportunity. Then, we swapped as a team, Lewis [Hamilton] tried as well. When he was trying [to pass Raikkonen], I struggled with the backmarkers.

“I felt I was really unlucky with a few of the guys, losing time and losing the rhythm. The team promised that we did the swap, we swapped, the team kept the promise, which I'm really happy about, and really thankful.

"I don't think every team-mate would have swapped back if you're fighting for podium places, nice for the team, but unfortunately [it was a race of] damage limitation."

“Thanks to Lewis as well, I don’t think every team-mate would have swapped back if you’re fighting for a podium. It was nice for the team.”