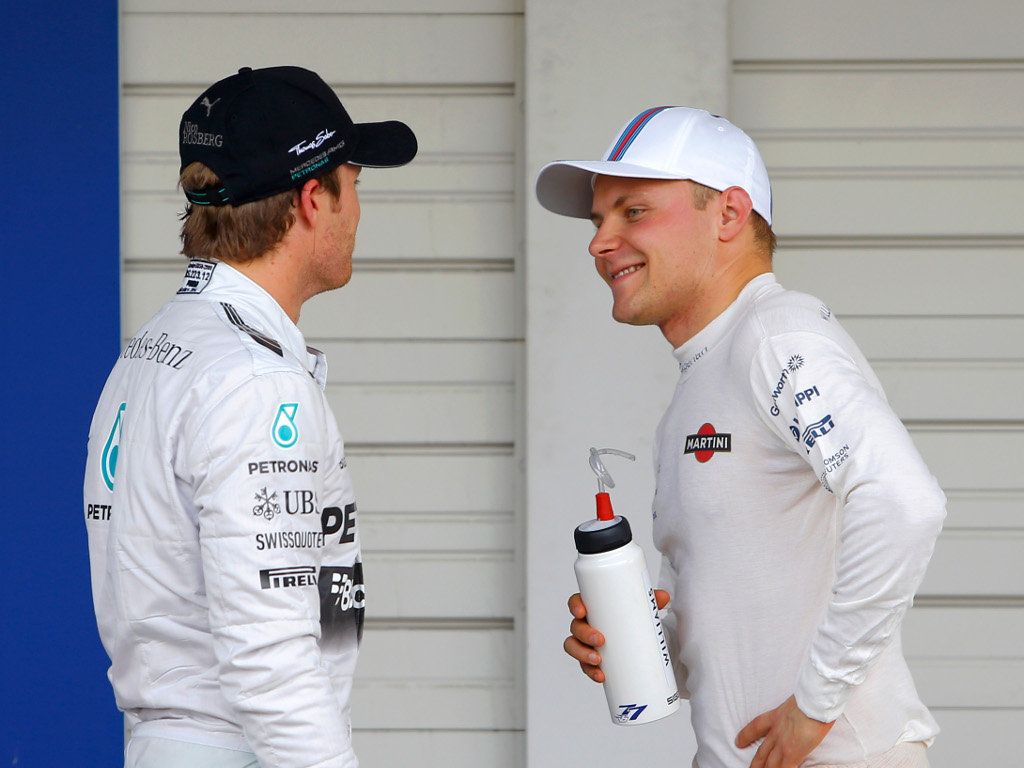 Valtteri Bottas has set his sights on finishing fourth in the Drivers’ standings while he also hopes to help Williams to finish third.

The Finn is sixth in the Drivers’ Championship ahead of the season finale, but he is only three points behind Sebastian Vettel in fourth and one adrift of the fifth-place Fernando Alonso.

He will also start ahead of his two rivals in Abu Dhabi on Sunday after qualifying P3 with Vettel sixth and Alonso tenth on the grid. However, he knows he can’t afford to relax on race day as double points will be on offer.

“It was a nice qualifying. The car felt really good,” he said. “I think in the race, as we’ve seen before, Mercedes usually have a bit more of an advantage.

“[We want] to finish as high as possible, so if something’s going to happen no doubt we’ll have the pace and move forward.

“For me, the maximum is fourth in the Championship and as a team it is securing third place. That is our goal tomorrow.”